The test was held as follows. First, the tank was completely filled with water, then with the help of a testing pump we gradually increased the pressure inside. Every 5 atmospheres the tank was monitored for 1.5 minutes, then the water pumping continued. At a pressure of 50 atmospheres outer cylindrical layer of the tank disintegrated. However, the inner layer in which fibers are laid at an angle remained watertight, although slightly swelled - due to the swelling the pressure dropped to 16 atm. Thereafter, the pressure was removed from the tank.

Therefore, the actual specifications of the tank turned out to be 2 times worse than those claimed by the manufacturer. However, it was assumed that the test tank won't show the desired specifications, and based on the experience of its manufacturing an improved tank will be created. IVIM will refine the technology, though we decided to reduce the risks and placed orders for similar tanks in a few more companies. The main problem noted by the producers is the creation of the liner compatible with hydrogen peroxide. It must be made from a special polyethylene or aluminium, while having a small thickness, comparable with the thickness of polyethylene film or aluminium foil. Otherwise the entire gain in weight from composite would be nullified by the liner, making it better to produce all-aluminium tanks instead.

Image of the tank after the test (with detached outer layer shown): 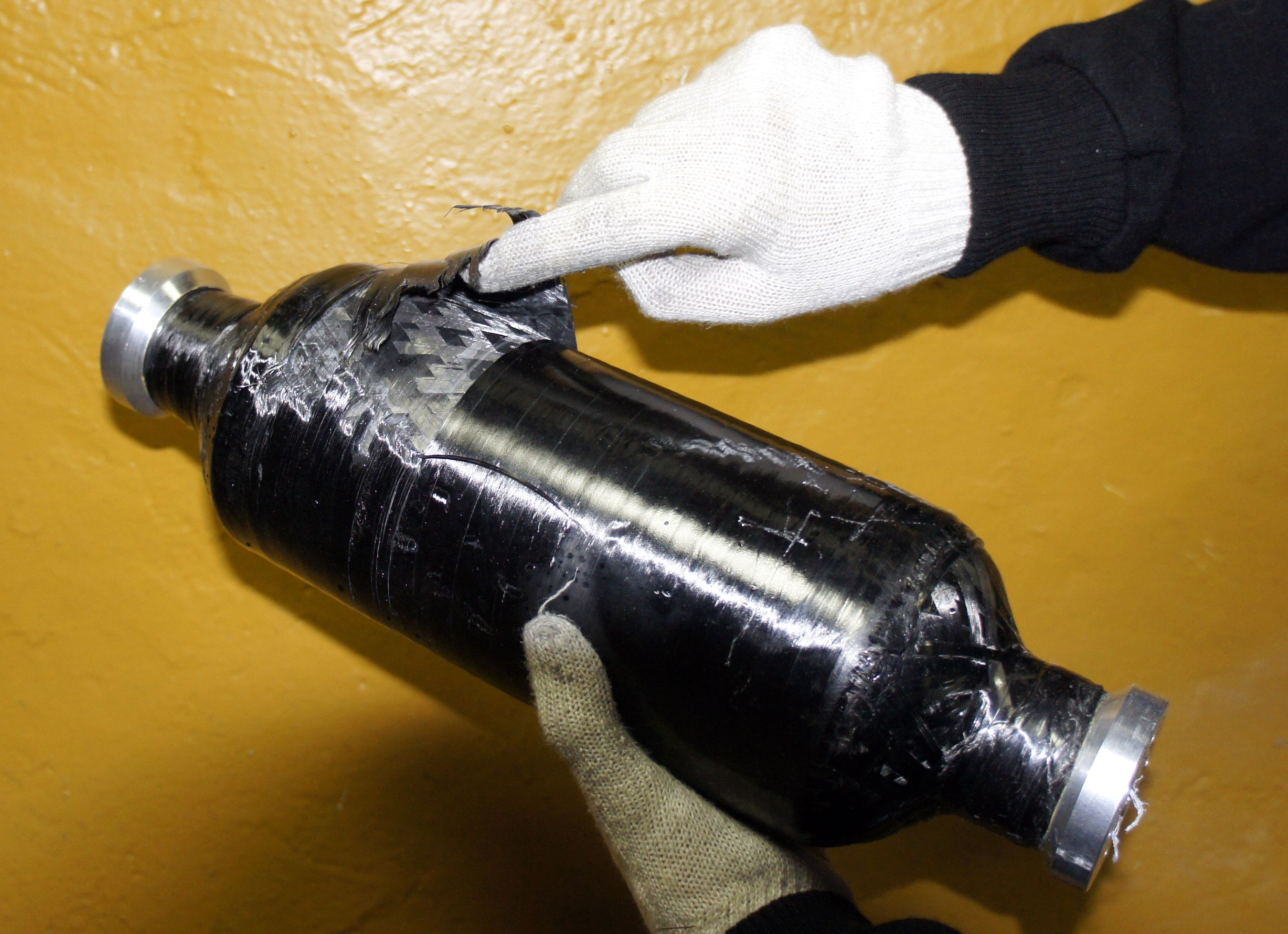 We sawed up the tank to check it for hydrogen peroxide compatibility in the near future.