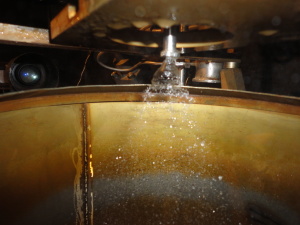 In December 2015, tests started for the injectors of our liquid-propellant rocket engine with thrust of 100 kgf. Early hydrotests (flow tests) of the injectors were held in Moscow Aviation Institute (MAI). 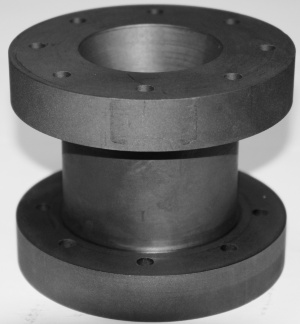 Two experimental liquid-propellant rocket engines with curtain cooling, having thrust of 100 kgf each, whose chambers are made of stainless steel, are being prepared for the ground testing. Currently the engines undergo hydrotests, which will be reported on our website.

To improve the engine efficiency and reduce the costs we plan to conduct a series of experiments with various materials. One of the options is the use of heat resistant reinforced carbon-carbon composites. However, they are quite expensive. Therefore, given that the specifications of our engine (temperature, chamber pressure) are quite modest, first we are going to consider the graphite option.