Successful test of a rocket with control system 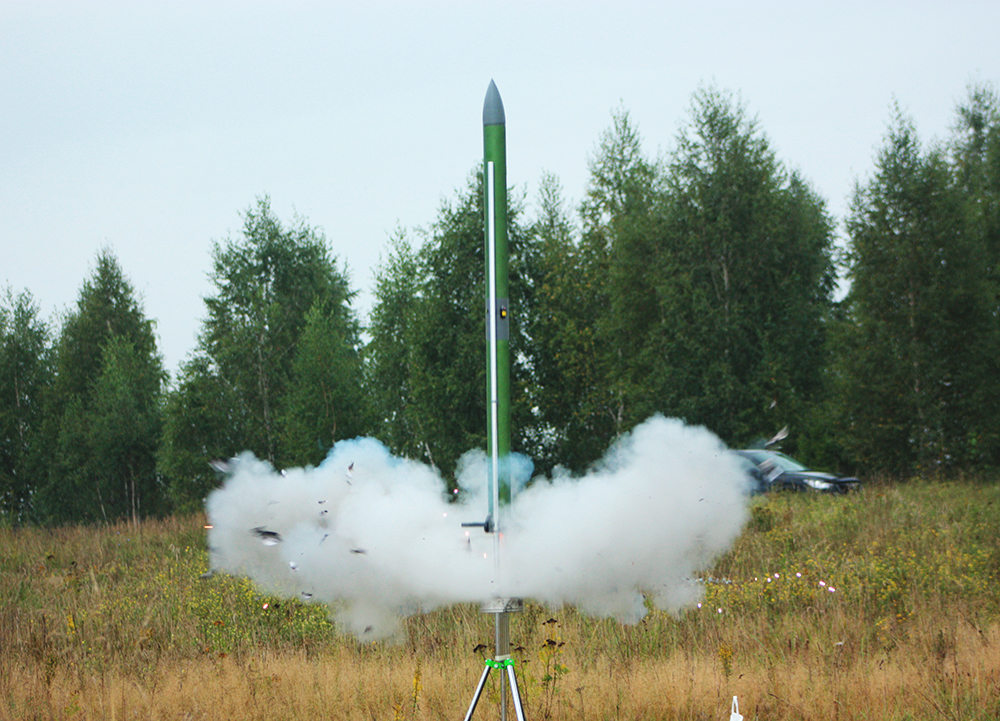 On Saturday, August 20 our subsonic flying testbed performed another flight to verify one of the control system versions - based on Arduino.

The rocket design remained the same, and key modifications were introduced to the control system algorithms - number of calculations was reduced, accuracy of positioning of the servos was improved, and coefficients in the control law were adjusted.. 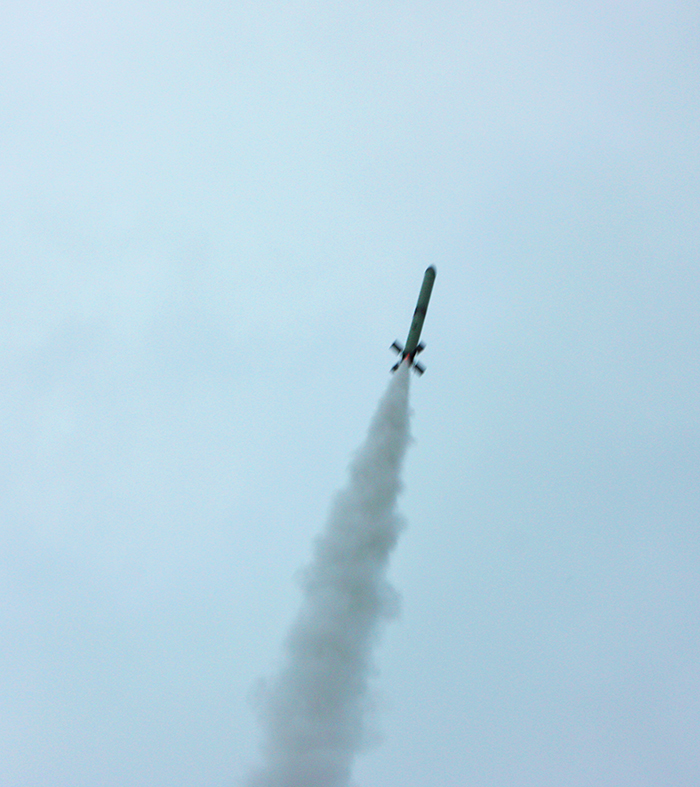 Preparation for the launch and the launch itself occurred under heavy rain. Despite the bad weather, the test was successful! Our flying testbed turned out to be all-weather.

The rocket lifts-off using two RD1-300M motors, and 2 seconds later the other pair of solid rocket motors ignite, giving additional boost to the rocket. The following graph clearly shows two distinctive regions in green - thrust along the longitudinal axis of rocket on ignition of each pair of motors. At T+10 sec parachute is deployed, and the rocket begins descent. Descending rocket can no longer be fully controlled with grid fins, and is carried with the wind, which can be observed as divergent accelerations and angular velocities.

After its launch the rocket successfully stabilized itself around pitch and yaw axes, though oscillations appeared around roll axis and peaked on the 4th second, after that the control system could counter them, and the rocket ascended maintaining correct attitude up to the apogee. 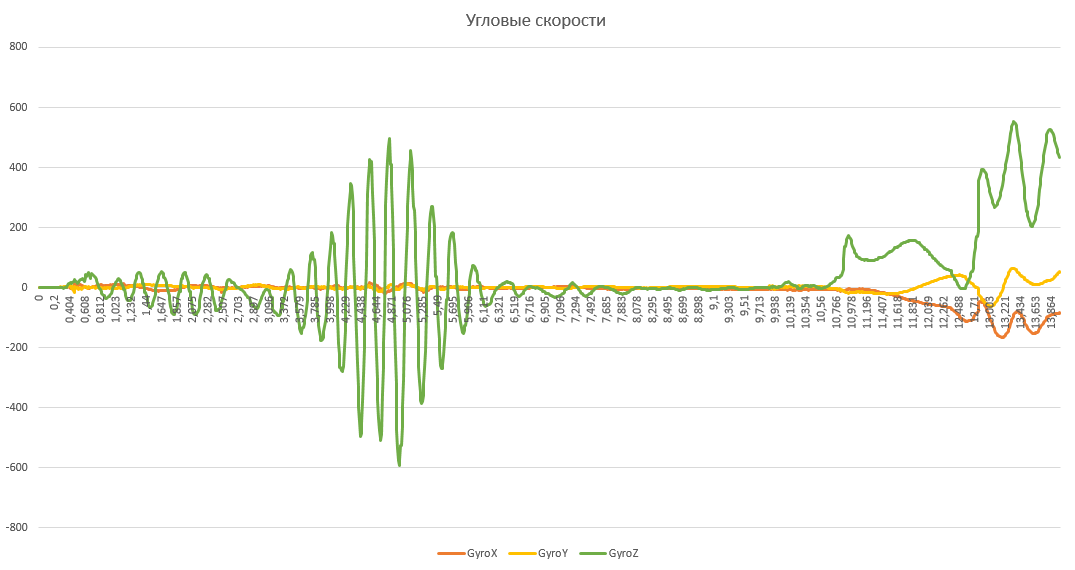 The process of control was continuous and could be traced in all channels - low frequency oscillations around the desired equilibrium attitude were observed.

If we look at the graph of dynamic pressure (gray line), then we can see that roll oscillations appear at the peak of velocity. To prevent them, coefficients of the control law need to be adjusted for this velocity range. 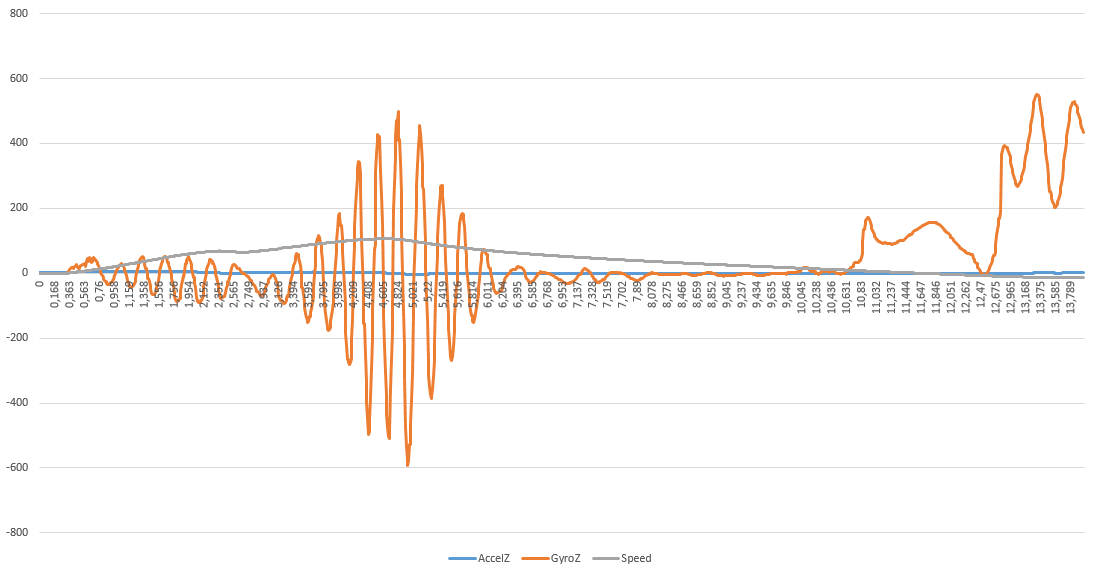 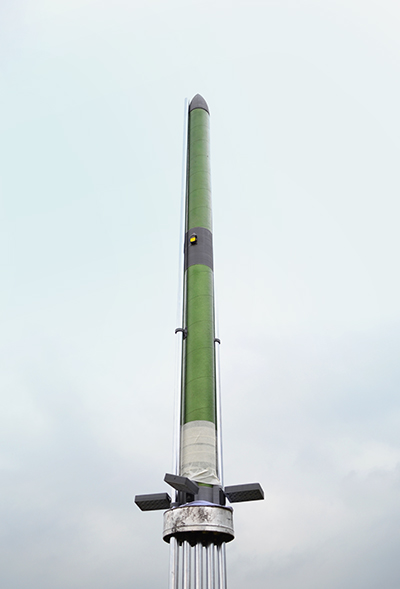 Except for this issue the video shows stable flight without significant rotation around pitch, roll and yaw axes, that's a good result and tells about the correctness of improvements introduced to the control system.

For the first time we implemented telemetry data reception in flight. For reception from large distance we used Bester Polyaris 2400 antenna.

Obtained data generally tell that this flight is currently the most successful one!

The parachute was deployed and the rocket performed soft landing. 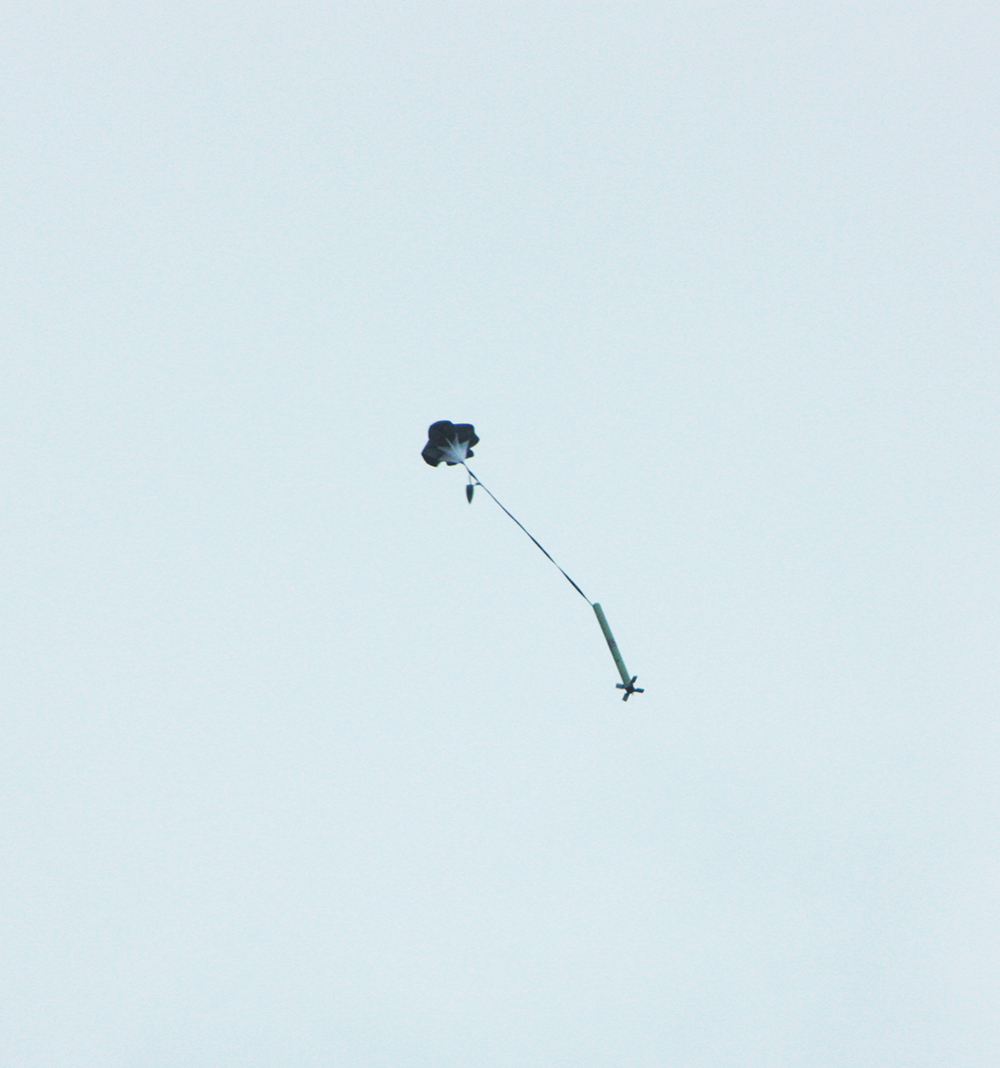 Obtained data will be further analyzed and used for the development and early tests of the CS with pitch program, and will be accounted in upcoming tests of the supersonic rocket.