On Saturday, September 3 in Kirov Oblast the second test launch of the supersonic flying testbed was made without installing the onboard flight control system. 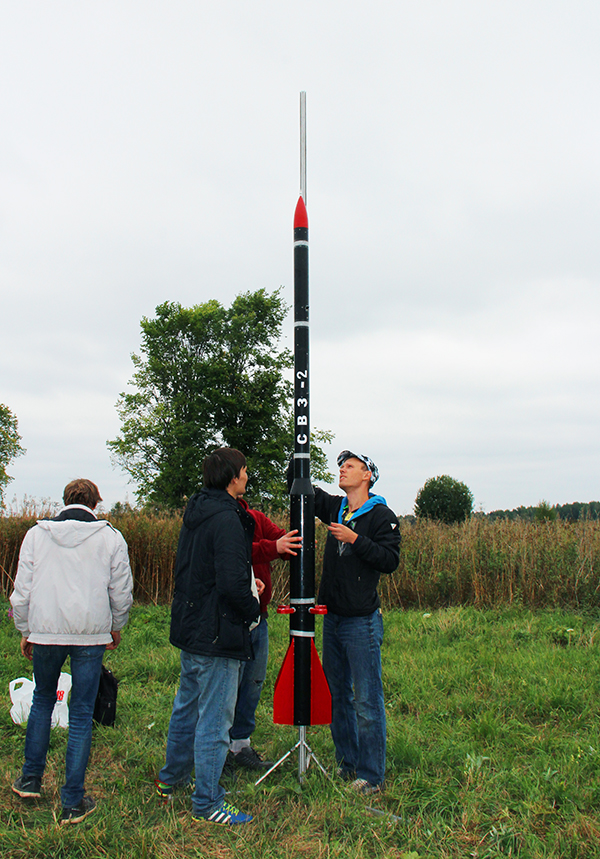 The supersonic flying testbed is a two-stage rocket with total mass of 15 kg, most of which is solid fuel. It consists of ammonium perchlorate, aluminium, catalyst and polyester resin.

Video of the launch:

Based on the results from the first launch we refined the system of stage separation and second stage ignition. Controlling the recovery system, staging and recording the flight altitude were performed by ComFly-030 controller. Three TK102 GSM/GPS trackers were used to find the rocket, and AltimeterThree (device having three accelerometers) by JollyLogic was used for the recording of flight data.

The first stage ignition was nominal, in 3 seconds after the liftoff the stage separation command was issued, simultanously with the second stage ignition. Staging altitude - 647 m, the second-stage engine ignited successfully and the rocket continued its flight.

AltimeterThree data is dumped over Bluetooth, however we couldn't synchronize the device with a smartphone for some reason. To estimate the rocket velocity we used reading from the proven barometric sensor. Altitude was obtained using the barometric formula, and velocity was obtained based on the change of altitude in time!

Raw velocity data were very noisy, so we decided to use simple filtering with moving average - taking arithmetic mean of a series of values within a certain period as an instant value. 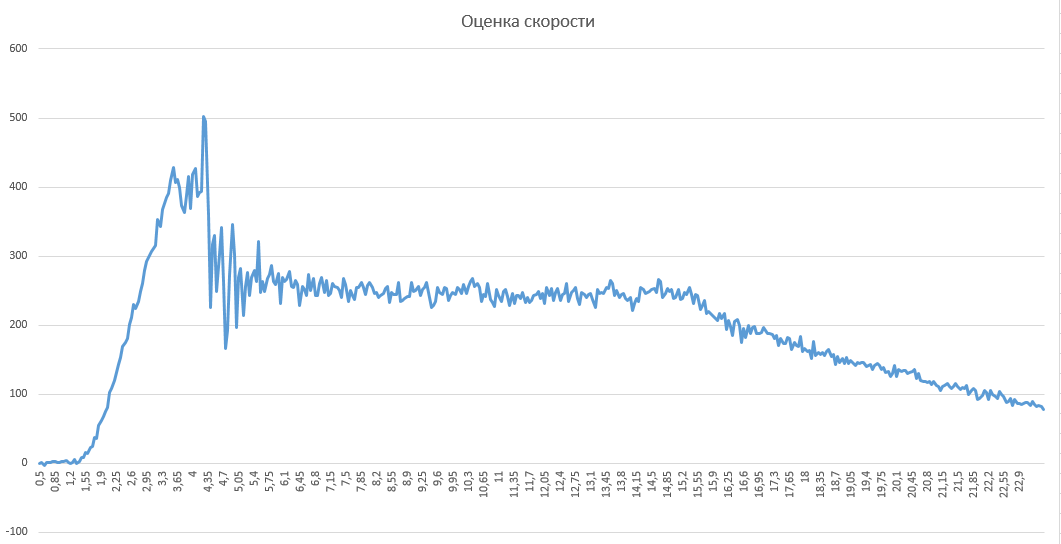 According to the estimate obtained this way, supersonic velocity of 400 m/s (1440 km/h, or 895 mph) has been reached during the first stage burn. Flight at supersonic speed lasted about two seconds.

The second stage continued ascent to an altitude of 4400 meters, which is a record for private Russian rockets. Unfortunately, it was unable to maintain supersonic velocity and was flying with approximately constant velocity of 220 m/s (~800 km/h, ~500 mph). 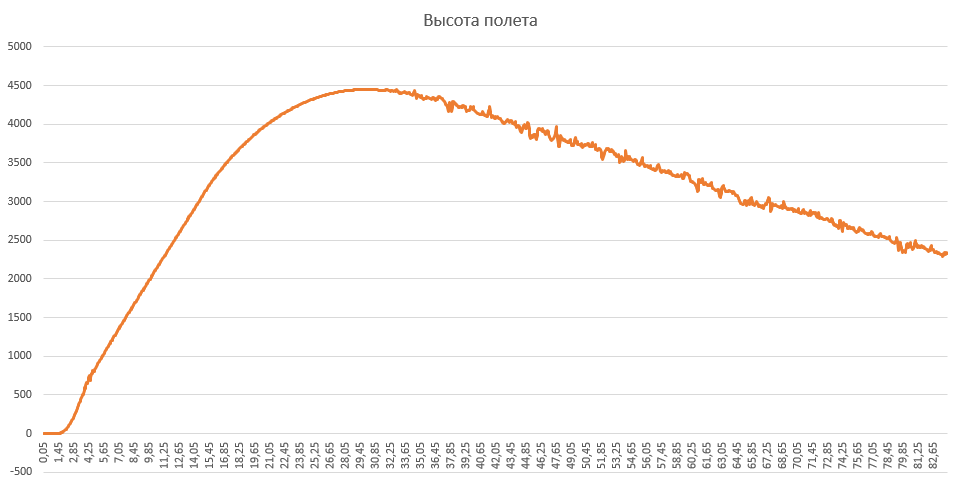 At an altitude of 4370 meters a command was issued to deploy the first parachute, and at 706 meters - to deploy the second one. The suspension lines of the second stage parachute tangled, so the parachute wasn't fully deployed, causing the rocket to land quite hard.

The first stage landed under one of the two parachutes (the second one was torn off) 200 meters away from the launch site, and suffered minor damage, so it needs small repairs. The engine remained intact.

Based on the second test launch of the supersonic flying testbed, we can conclude that the rocket requires substantial improvement (making a new second-stage engine), there are issues related to the launch rail (it clearly lacks stiffness) and search aids. AltimeterThree by JollyLogic should be replaced with a measuring unit of our own design.

Another option for further development of the supersonic line involves the creation of a single unified rocket - for both subsonic, transonic, and for supersonic mode. In this case, a new flying testbed, made of carbon fiber tubes and aluminium parts, will be used at various speeds. Being launched as a single stage version for subsonic trials, and with a powerful booster - for supersonic.