We have completed series of flight tests for the control system onboard subsonic flying testbed with RD1-300M motors burning rocket candy. Four such engines having impulse of 300 N·s each were installed on the testbed, and were ignited in pairs during ascent.

The twelfth flight of the flying testbed was unsuccessful - motor burnthrough occurred after the launch, and battery thermal cutoff was triggered, causing control system shutdown. The flight became uncontrolled, and the parachute wasn't deployed, so the rocket landed hard. 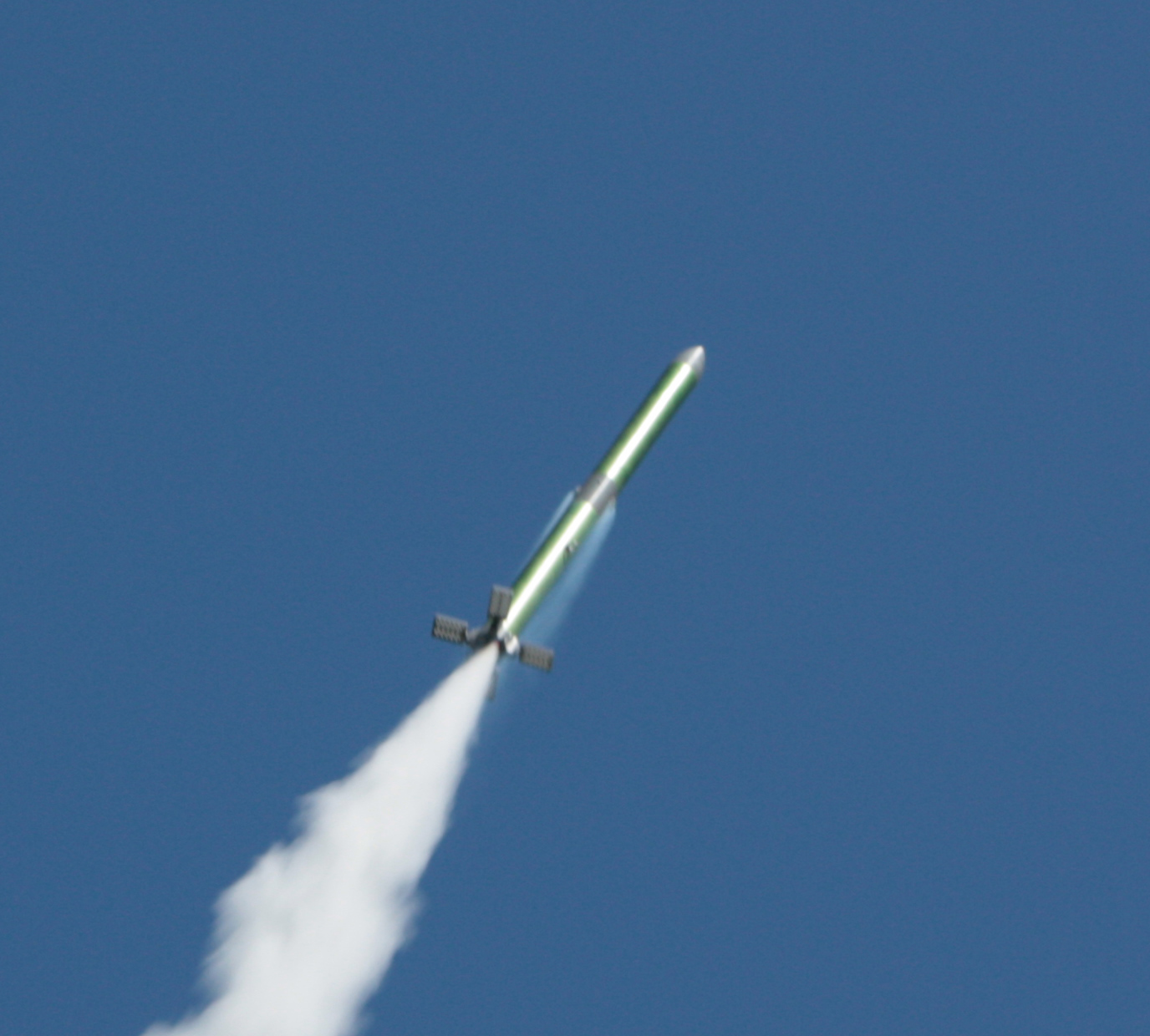 The thirteenth flight went generally good, though the rocket was tilted due to a strong wind - effect caused by the absence of integral component in the control law, which would allow to compensate for the accumulation of errors. 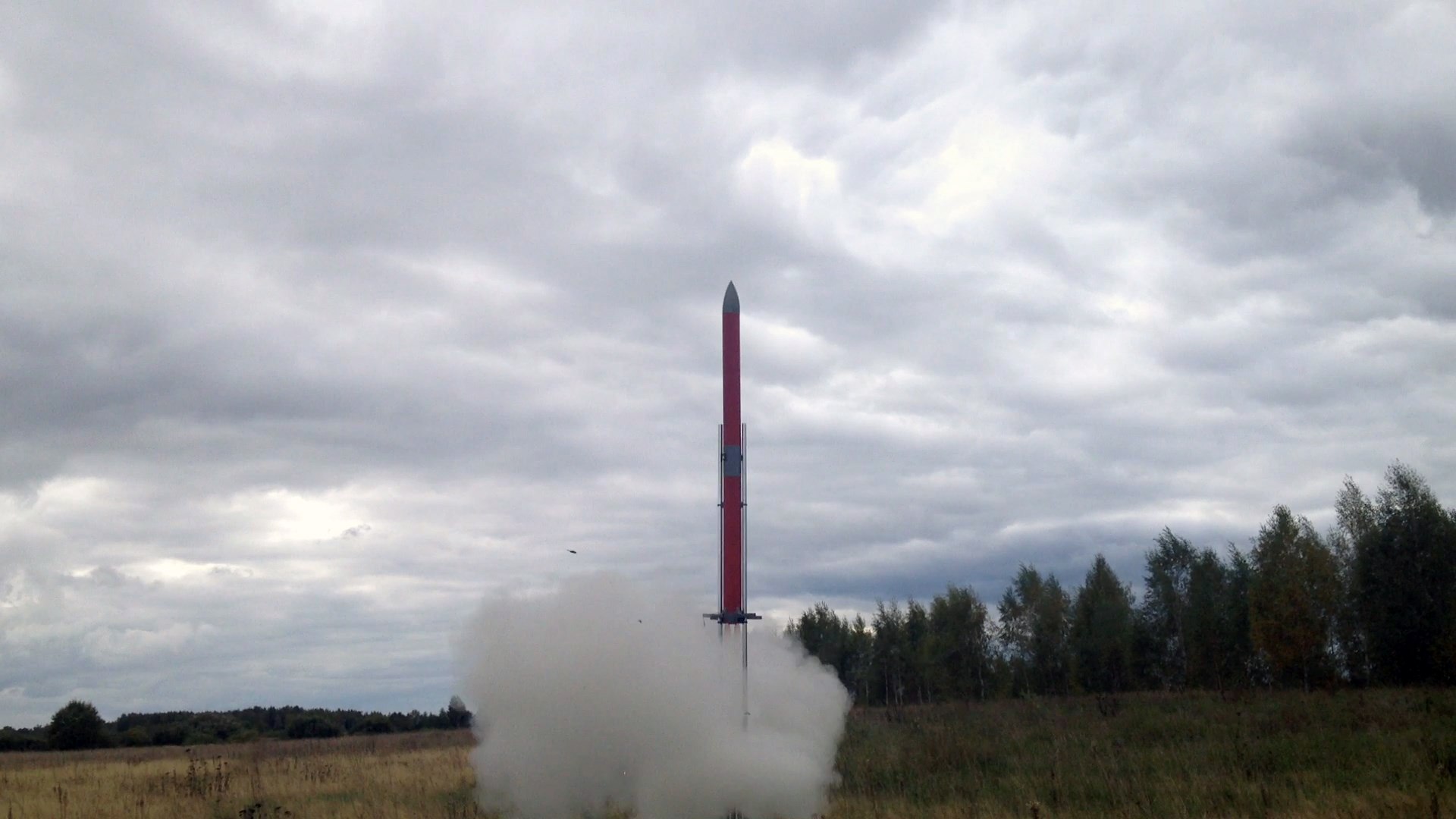 Launch of the thirteenth flying testbed

Due to the low reliability of RD1-300M we decided to move on to a short series of tests using single large RD1-1500 motor. The total impulse of this motor somewhat exceeds the impulse of four RD1-300M motors, and equals 1500 N·s, allowing to verify the control system operation during longer period of time and, more importantly, at higher velocity, because at the point of its maximum in one of its earlier flights self-oscillations were observed. 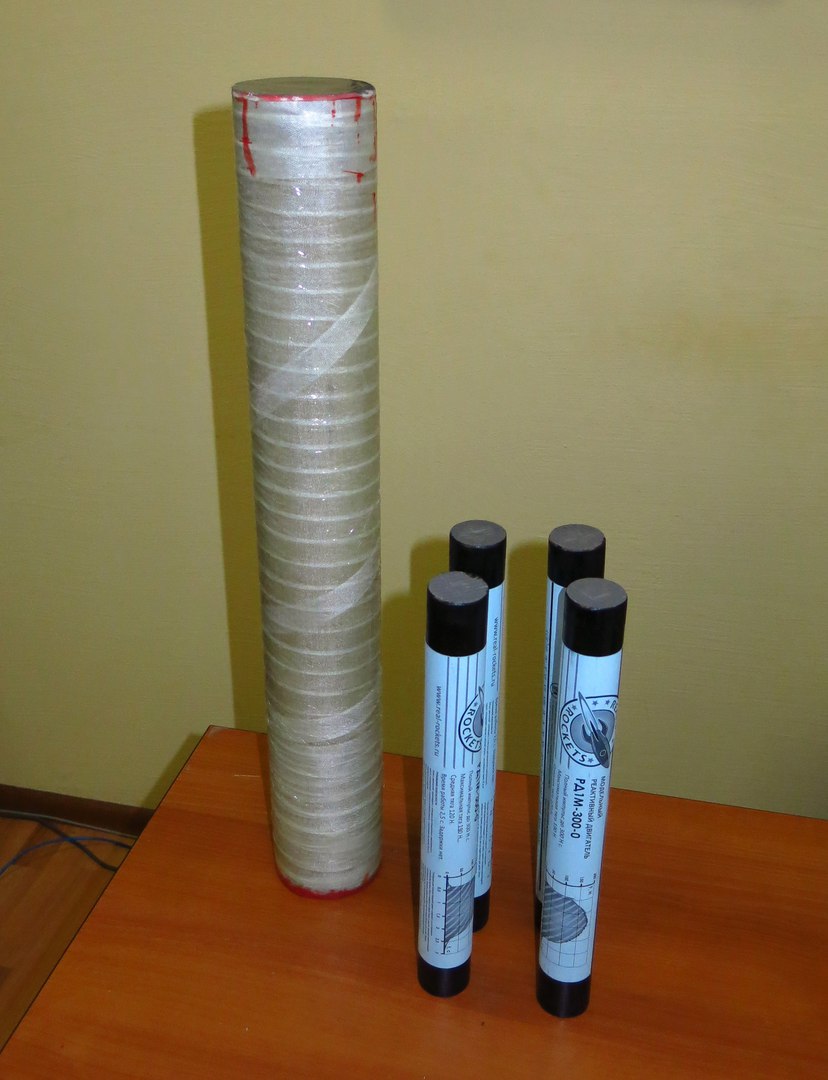 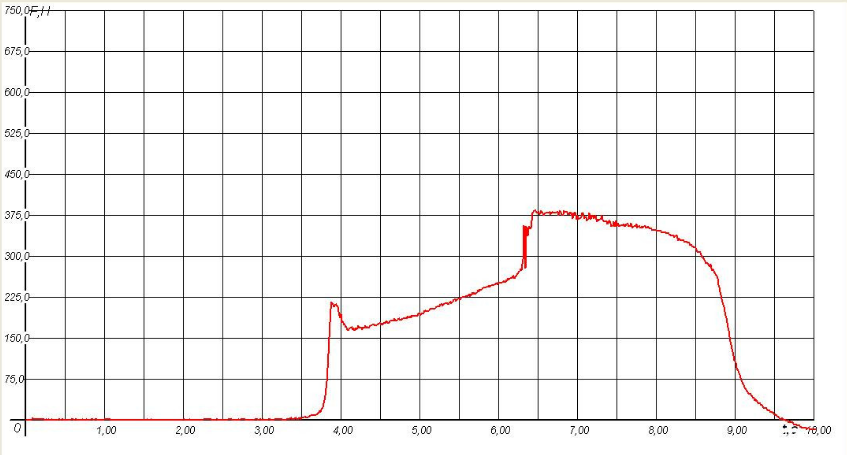 This motor is, however, just an intermediate step before the transition to our new Mars-3 motor, having the following specifications: 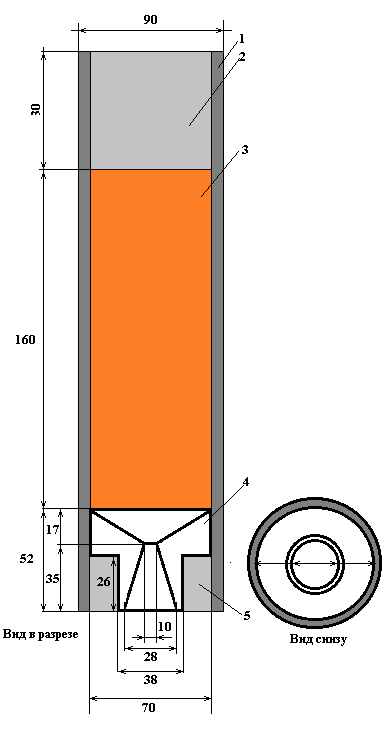 Since the design temperature of the exhaust gases is about 1700-1800 Celsius, there is a doubt that a steel nozzle can sustain it for 8 seconds. Besides, the steel option is the heaviest - 744 grams, while the graphite option weighs 178 grams, and titanium option - 426 grams. 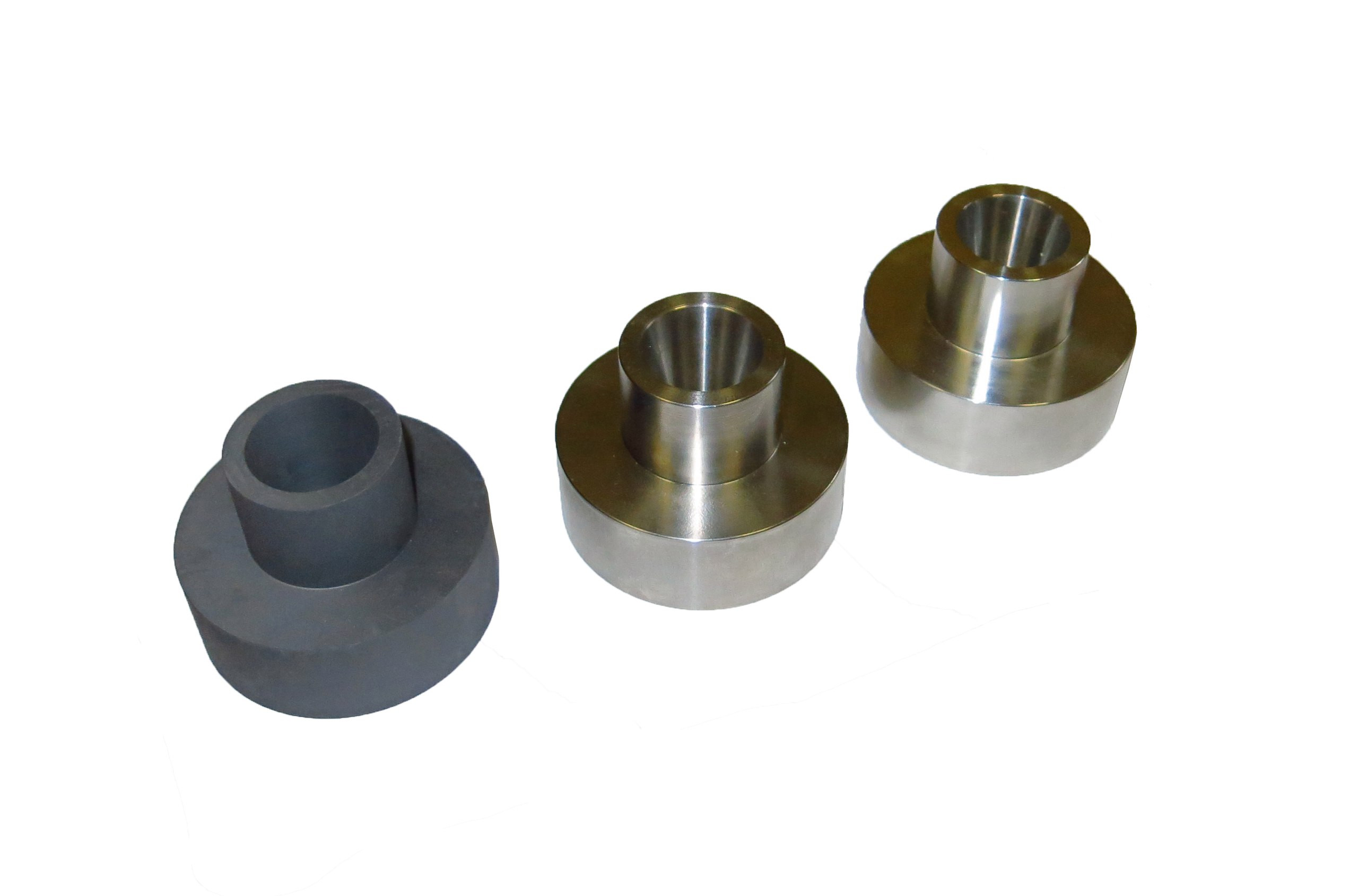 However, its indisputable advantage is the cost. Test results will help in finding acceptable price/quality combination, provided there's need for multiple use.

As a result of the computational modeling of rocket flight with launch mass of 4.2 kg, the final velocity was 216 m/s, and flight altitude was 960 m. 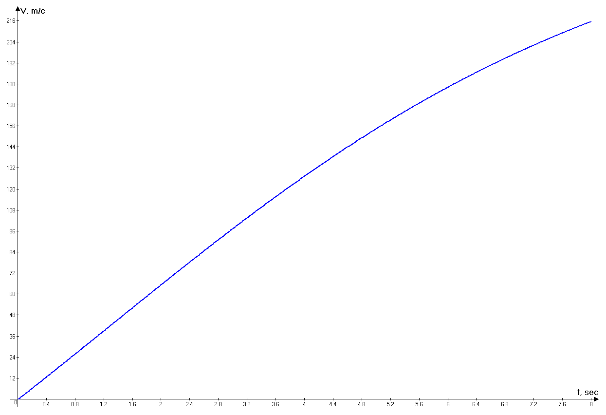 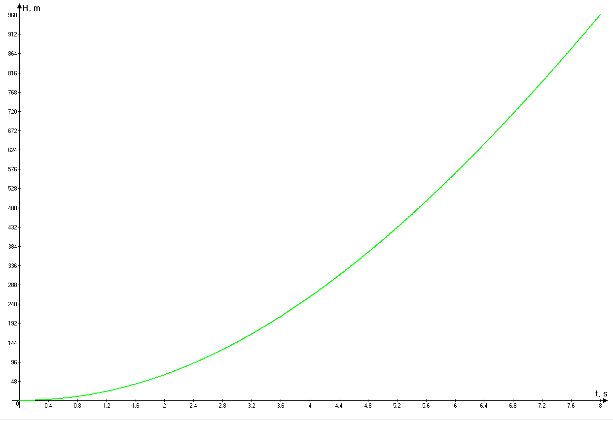 Besides, it should be noted that one of the key features of this motor is high repeatability of specifications, and that is critical for more detailed mathematical modeling of flights of our flying testbeds in order to reduce the number of field tests, and to determine more accurately the coefficients of the control law.

Currently we are busy designing and manufacturing a new experimental rocket, whose primary objective is verification of the control system in long supersonic flight. Also, new motors will be installed on it. 86Duino ZERO controller will be used for the control system. 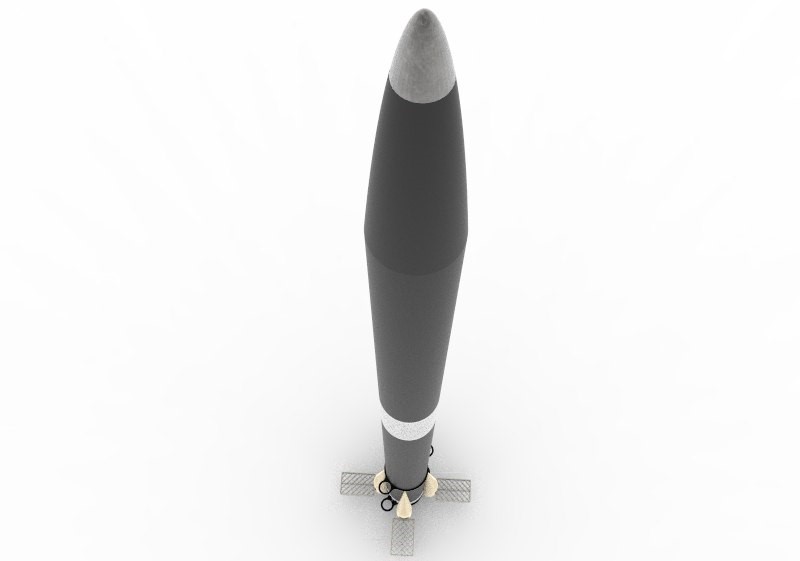 Casing material is carbon fiber reinforced with duralumin frames. Fairing is composite, it combines metal and carbon parts, allowing to achieve lightness of the structure combined with good strength. The fairing has parabolic shape and will be manufactured with CNC, since the accuracy of its production is critical for supersonic flight due to the strong aerodynamic drag above 0.9 Mach. 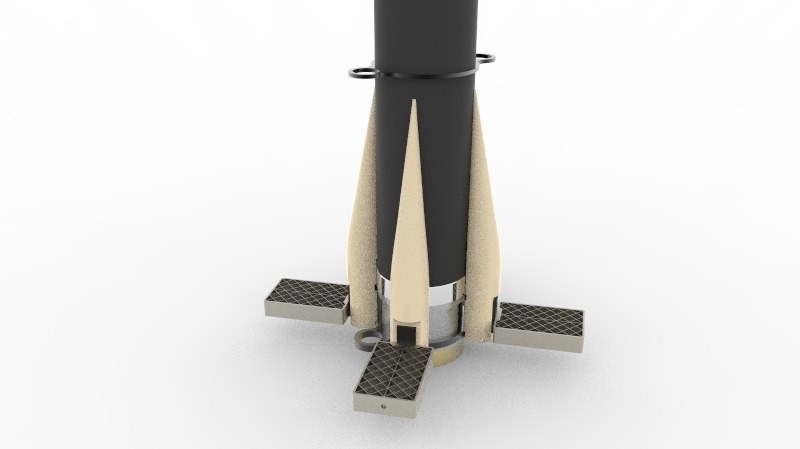 Four lower fairings cover the servos of grid fins and actuators of the control system, they are expected to be manufactured from metal using 3D printer, though in early flights they will be made of plastic. The overall shape was borrowed from Soyuz strap-on boosters.

In the central part of the rocket there is control system compartment, which is cut from aluminium ingot. Below the CS compartment is motor section, and it should be noted that the current motor occupies less than 50% of it, offering additional opportunities for motor boosting. The design also includes assembly for docking with booster of the previous version of the supersonic testbed. Taken together, the two mentioned points allow to achieve higher final velocity, increase the duration of supersonic flight and, consequently, bring the rocket to a considerable altitude.