Flights of the supersonic rocket started

On May 27, 2016 SVZ-2 rocket was launched in Kirov Oblast (region). It is a two-stage rocket designed for testing the control system at supersonic speeds (currently it is regularly tested at subsonic).

Below is a short video of the launch.

Now more about why this rocket was created, and how the flight went. Flight conditions at subsonic and supersonic speeds are very different, so we wanted to test the prototype of space launch vehicle control system at supersonic. However, test rocket for such a flight mode must be significantly different from our subsonic rocket.

The main difference — it is much larger and consists of two stages. During full-scale tests the first stage will accelerate the rocket to approximately 85% of the speed of sound, and separate at an altitude of about half a kilometer. It has ordinary planar stabilizers (colloquially known as 'fins'). The second stage will accelerate to supersonic speed. The rocket will fly at supersonic for 5 seconds, while the control system will turn the grid fins (located at the bottom of the stage) so that the flight remained perfectly vertical. The highest point of the rocket flight is at an altitude of about 5 km. This is where the first parachute will be deployed, and the second one will be deployed after descending to 800 m.

Below are drawings of the rocket and its parts, created with KOMPAS-3D software.

Manufacturing and testing of the rocket components were divided into several stages. First, Real Rockets company from Russia constructed and tested SVZ-1 single-stage rocket for us. Then motor for the second stage was tested. Motors and various systems were modified and tested multiple times, though we didn't describe this huge amount of work on the website. However, we told about the manufacturing of titanium grid fins for the supersonic rocket.

Here are some components of the rocket.

In the foreground is the second stage without fairing and with open servo compartment (cables connecting to the grid fins at the bottom are visible). In the background is the first stage with planar fins.

Grid fins close-up (below are the first stage stabilizers, connecting cables go upwards to the servos)

One of the parachutes

Since the first stage, after completing its burning, descends from an altitude of only about half a kilometer, it's easy to find it. For search of the second stage two TK102 GSM/GPS trackers (using SIM cards of different mobile operators, MegaFon and MTS, for reliability), and 1 Watt GPS radio transceiver were installed. Acceleration and altitude were also recorded by AltimeterThree device. Video was recorded by two WD80 onboard cameras.

In order to determine the aerodynamic drag coefficients (needed particularly for more precise estimation of the rocket flight altitude), and the required torques for the grid fins, a computational fluid dynamics (CFD) simulation of the flow around the rocket body was conducted for various Mach numbers — using FloEFD software. The computations were performed by a contractor having a software license for FloEFD.

Illustrated below is pressure field (Pa) around a grid fin at Mach number of 1.3. 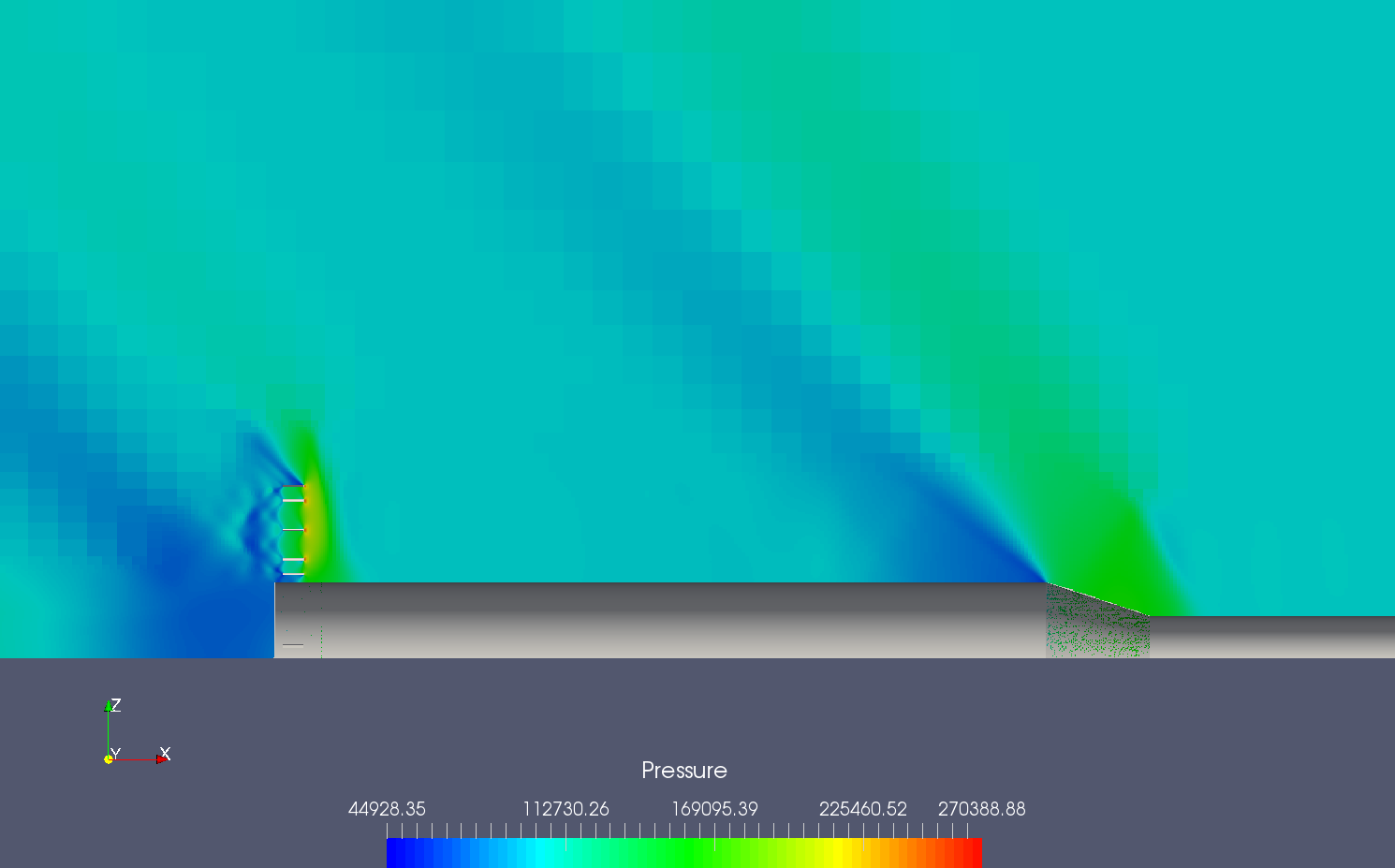 As a result we have two-stage rocket with the following specifications.

Getting official approval for the launch site and time became particularly difficult. Ultimately we got the approval from the Federal Agency for Air Transport (Rosaviatsiya) for the launch on May 27, 2016 in a specific area in Kirov Oblast between 11.00 am and 12.00 pm local time. The airspace was opened exclusively for us, to prevent interference with any aircraft. Lin Industrial thanks Yekaterinburg Zonal Center of the State ATM Corporation of Russia, and personally its head Sergey Nikolayevich Levchenko for the launch approval.

So, on May 27 the rocket was prepared for the launch, grid fins and servos were installed on it, but there wasn't the control system itself. However, we didn't plan to dynamically control the flight in this test, and the rudders were locked. Besides, we decided not to ignite the second stage motor in the first flight. The goal of the test was to verify the rocket performance in general.

The first stage ignition was nominal, commanded by radio. In 3 seconds after the liftoff the stage separation command was issued. Staging occurred at an altitude of 570 m with a typical clap. The rocket continued its flight without thrust. The first stage landed with parachute 800 m away from the launch site. 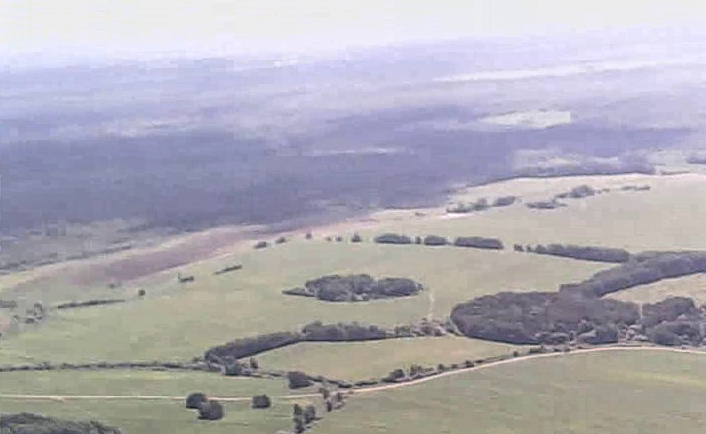 View of Kirov Oblast from an altitude of about 2 km

The second stage after landing (the first parachute of orange color, and yellow-black second one can be seen)

The next flight of SVZ-2 will occur in a few months. In our plans we have some flights to refine the rocket design, followed by full-scale tests of the control system in supersonic flight.