Choice of the optimal rocket shape is a tricky business, even if the rocket with no side boosters is shaped like a rod. If you make the rocket thinner, then the drag area is reduced, but the rocket length is increased, the flowfield is changed for various angles of attack. 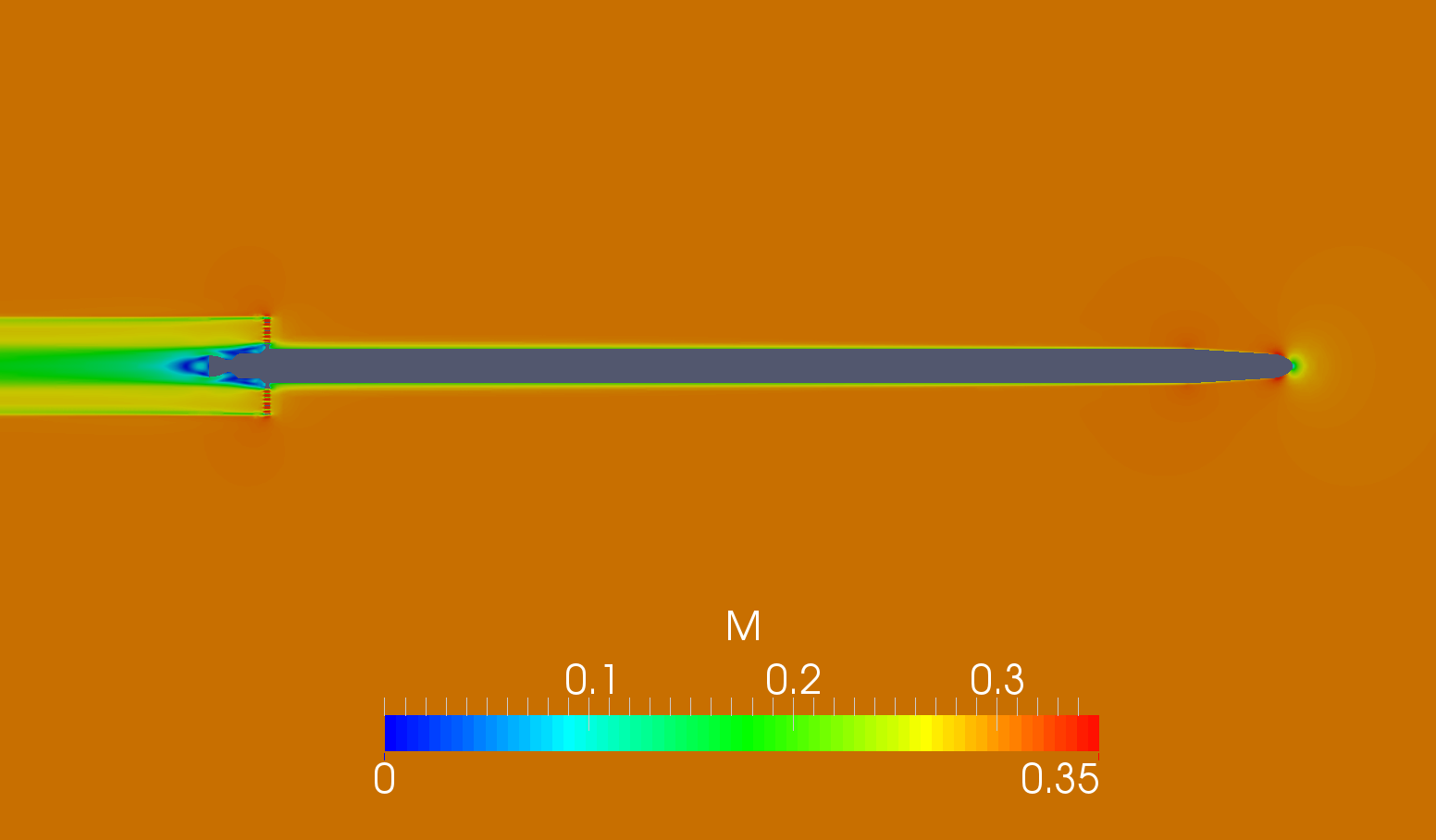 To find out how fluid flows around the rocket, wind-tunnel testing is carried out — either real in a wind tunnel, or virtual with computational fluid dynamics (CFD) modeling. Virtual testing isn't completely reliable, but it is much cheaper (one real testing in a wind tunnel costs at least 1 mln rubles, while a virtual one costs three orders of magnitude less). Modeling was carried out by our contractors who have the relevant licensed software. 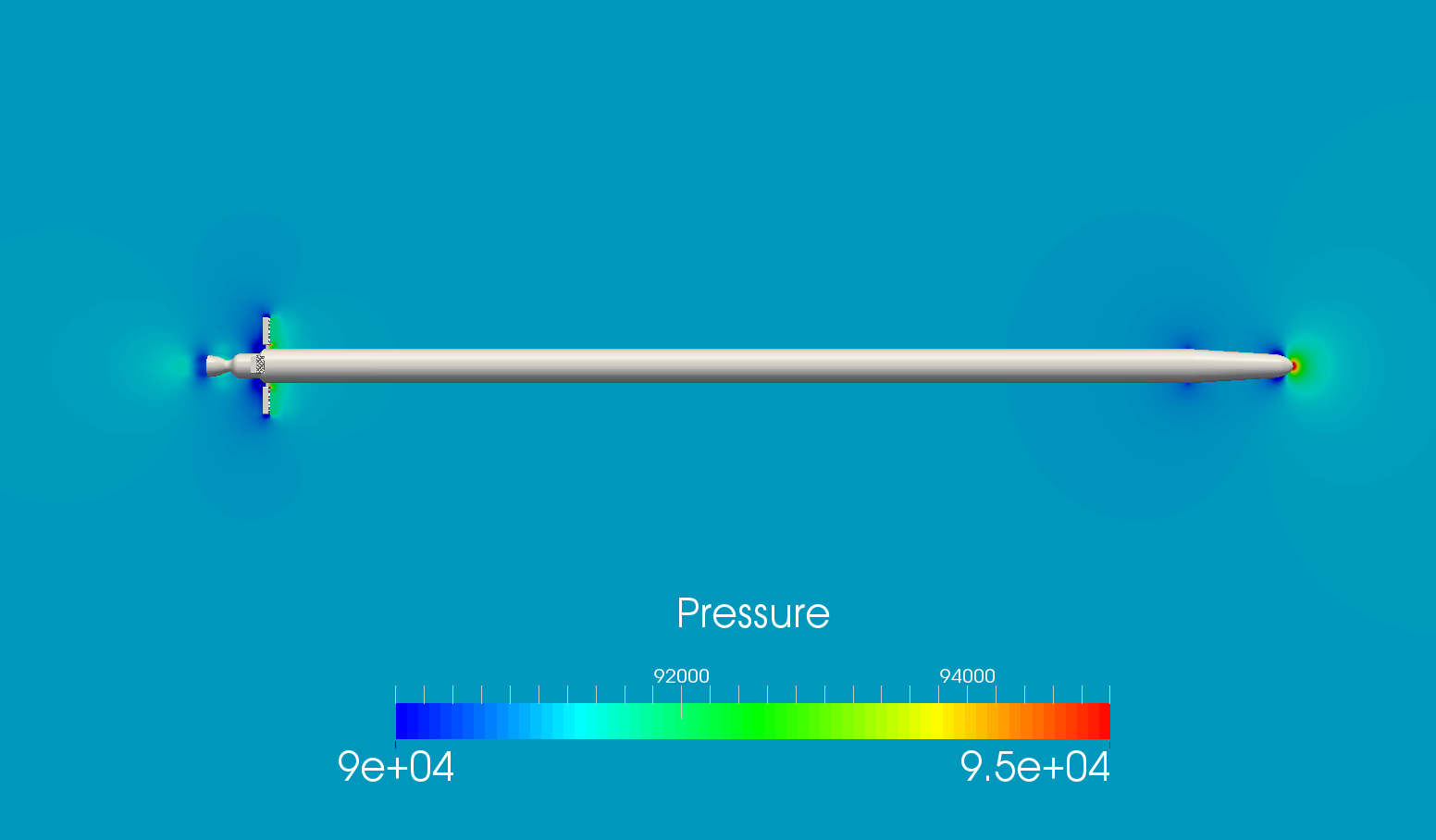 Body of Taymyr-1 (simplest version in our Taymyr launch vehicle family) was modeled for three diameters — 50, 70 and 90 cm (our potential contractor for winding of fiber composite bodies has developed the process of production of tanks with diameter of up to 1 m). Two options of arrangement were modeled for each of the three diameters of the rocket — with fins and without them. During the modeling the Mach number (ratio of the flight speed to the speed of sound) was being changed from 0.3 to 0.6 (9 values) and the angle of attack was 0 and 4 degrees (2 values). Therefore, a total of 3*2*9*2 = 108 virtual tests were conducted. During each test Cx, Cy and mz were determined (aerodynamic drag coefficients for roll and yaw respectively, and pitching moment coefficient).

The collected data allows to:

1. Qualitatively and quantitatively assess the difference in aerodynamics of the bodies.

2. Refine the flight path parameters taking into account the refined aerodynamics of the rocket for all versions of its body. The new aerodynamics will definitely lead to change of the launch mass of the vehicle.

The airflow test results will have impact on the final shape of Taymyr family launch vehicles, which is to be defined in the preliminary design. In the meantime, we present some visualizations of the virtual tests. 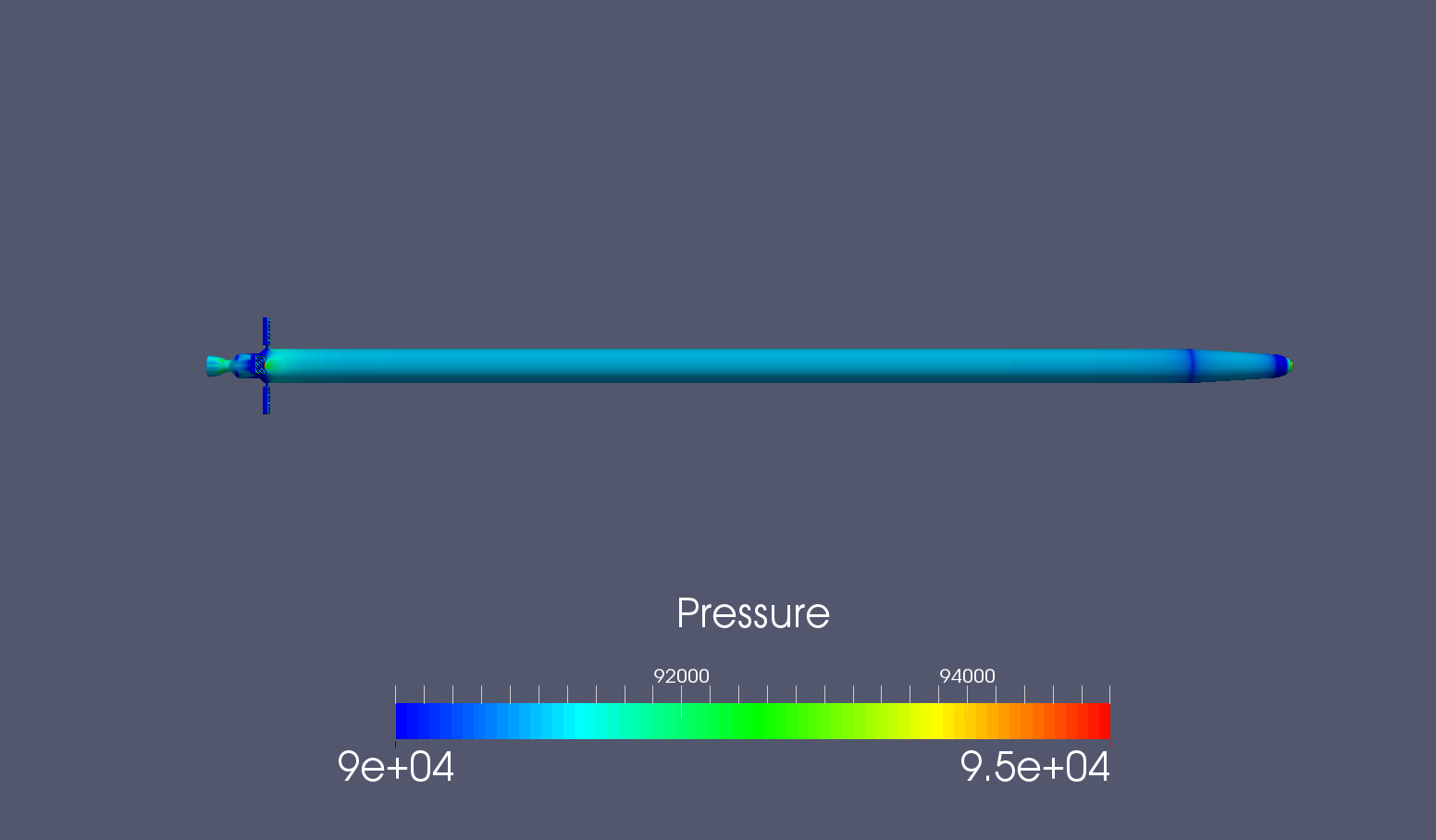