Zeya single-stage-to-orbit reusable launch vehicle
The project was developed at the request of EU venture capitalist.

The cost of launching spacecraft into orbit is still high. This is due to the high cost of rocket engines, expensive control system, expensive materials used in constrained designs of launch vehicles and their engines, complicated and usually expensive technology of their manufacturing, launch preparation and, mainly, their expendability.

The share of launch vehicle cost in overall cost of spacecraft launch can be different. If the launch vehicle is produced serially and the spacecraft is unique, then this share is about 10%. If opposite, then it can reach 40% or more. It is very expensive, and that's why there is an idea to create a launch vehicle, which, like an airliner, would take off from a cosmodrome, reach orbit and, having deployed a satellite or spacecraft there, would return to the cosmodrome.

The first attempt of implementing this idea was the creation of the Space Shuttle system. Based on the analysis of shortfalls of expendable launch vehicles and the Space Shuttle system, performed by Konstantin Feoktistov (K. Feoktistov. Trajectory of Life. Published by Vagrius in 2000. Moscow. ISBN 5-264-00383-1. Chapter 8. Rocket like an airplane), one gets an idea of qualities of a good launch vehicle which provides delivery of payload into orbit at minimum cost and maximum reliability. It should be reusable system capable to perform 100-1000 flights. Reusability is needed both for reducing costs per flight (development and manufacturing costs are amortized over a number of flights), and for improving the payload orbit insertion reliability: each ride in a car or flight in an aircraft confirm the correctness of its design and quality of manufacturing. Hence, the costs of insurance for payload and launch vehicle can be reduced. Only reusable machines can be truly reliable and inexpensive in terms of ownership, such as steam locomotive, car, aircraft.

The launch vehicle must be single-stage. This requirement is, like reusability, related both to minimizing costs, and to ensuring reliability. Indeed, if launch vehicle is multi-stage then, even if all its stages successfully return to Earth, the stages must be integrated into a whole, and once it is assembled you can not verify the correctness of assembly and processes of stage separation, because it has to disintegrate during each verification. Untestable, unverifiable connections become somewhat expendable in terms of operation after integration. And the entire assembly of components with decreased reliability becomes somewhat expendable as well. If launch vehicle is multi-stage, then its operation costs are higher than for a single-stage vehicle for the following reasons:

The launch vehicle must use oxygen and hydrogen as propellants, and their combustion yields environmentally friendly products and high specific impulse. Environmental friendliness is important not only for launch site operations, during fueling, in case of an accident, but not least to avoid the harmful effects of combustion products on the ozone layer of the atmosphere.
Skylon, DC-X, Lockheed Martin X-33 and Roton are among the most mature projects of single-stage space vehicles outside Russia. While Skylon and X-33 are winged designs, DC-X and Roton are vertical takeoff, vertical landing vehicles. Besides, they both reached the phase of creating test vehicles. While Roton had only atmospheric prototype for testing autorotative descent and landing, DC-X prototype completed several flights to an altitude of several kilometers with liquid propellant rocket engine burning liquid oxygen and hydrogen. 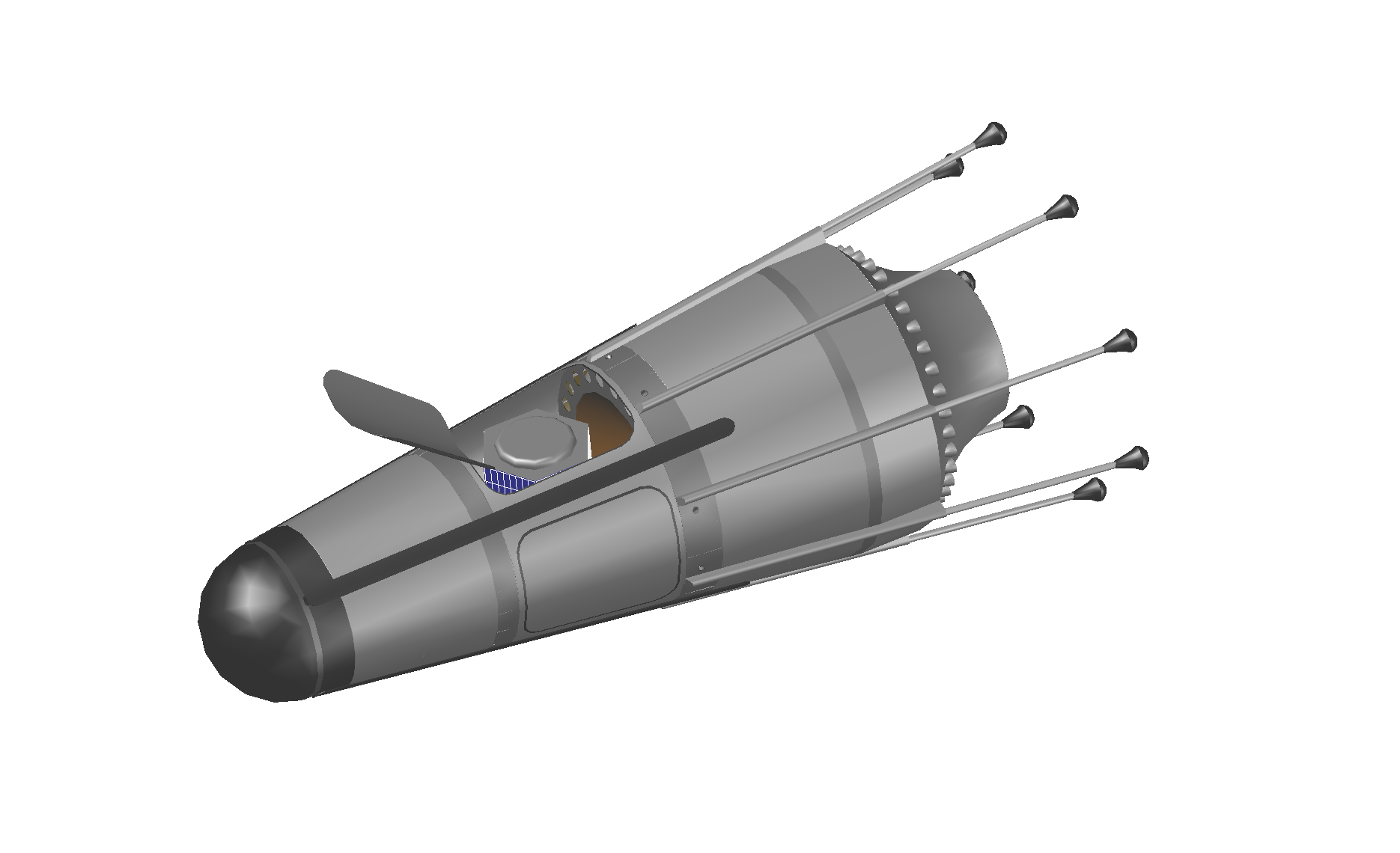 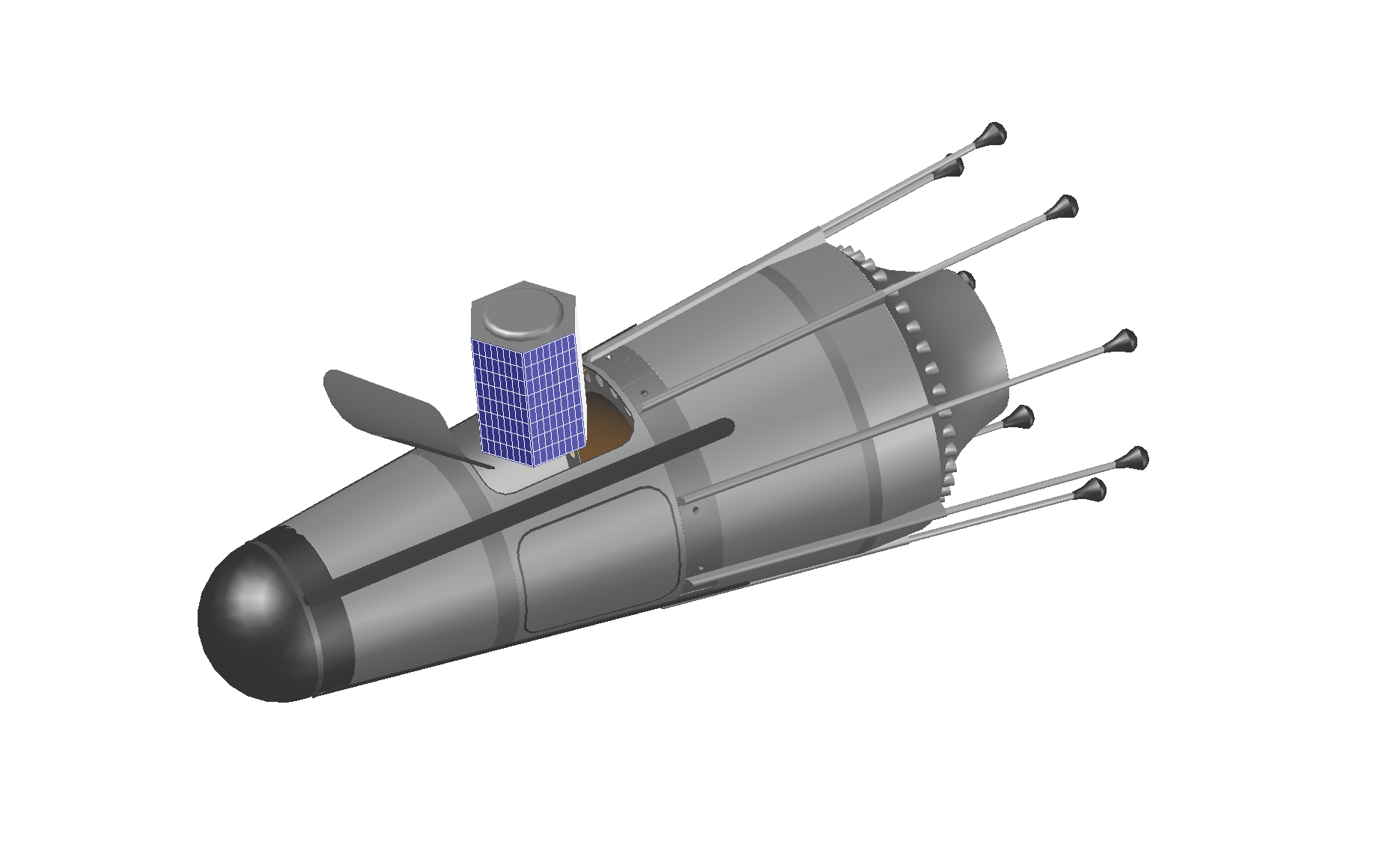 Having performed a deorbit burn during a single orbit around the Earth since launch, Zeya lands in the region of its launch site. High landing accuracy is ensured by using aerodynamic efficiency of the vehicle's shape for making turns and range control maneuvers. Soft landing is performed through autorotative descent and eight landing shock absorbers. 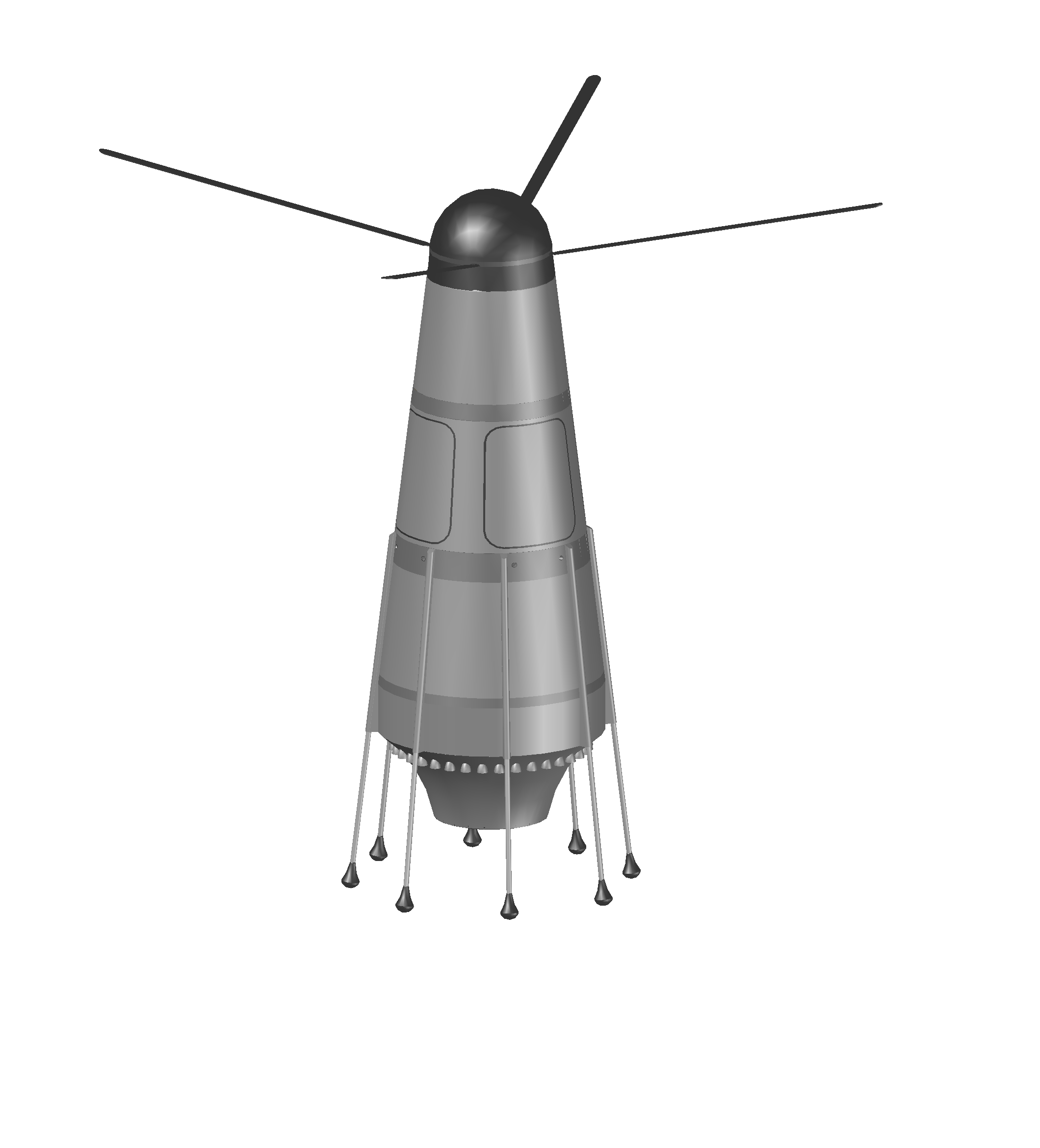 According to our estimates, the cost of one launch will be €0.15 mln, while the cost of maintenance between flights and indirect costs - about €0.1 mln for each period between flights. If the launch price is set at €35 thousands per kg (and the cost is €1250/kg), being close to the price of launch on Dnepr vehicle for foreign customers, then the entire launch (200 kg of payload) will cost the customer €7 mln. Thus, the project will pay for itself within 47 launches.

Tripropellant version of Zeya
Another way to improve the efficiency of single-stage launch vehicle is the use of tripropellant liquid rocket engines.
Since early 1970s in the USSR and the USA was studied the concept of tripropellant engines, which would combine high specific impulse when using hydrogen as fuel, and higher average propellant density (and, therefore, less volume and mass of propellant tanks) characteristic of hydrocarbon fuel. After ignition such an engine would burn liquid oxygen and kerosene, and at high altitudes have switched to burning liquid oxygen and hydrogen. Such an approach might help to create a single-stage space launch vehicle.

In Russia RD-701, RD-704 and RD-0750 tripropellant engines have been developed, though they did not reach the phase of test samples creation. In 1980s NPO Molniya have developed the Multipurpose aerospace system (MAKS) based on RD-701 engine burning oxygen + kerosene + hydrogen. Calculations and design of tripropellant engines were held in America as well (see, for example, Dual-Fuel Propulsion: Why it Works, Possible Engines, and Results of Vehicle Studies by James A. Martin & Alan W. Wilhite, published in May 1979 in American Institute of Aeronautics and Astronautics (AIAA) Paper No. 79-0878).

We believe that for tripropellant version of Zeya liquid methane should be used instead of traditional kerosene for such engines. This is for many reasons: