The way we design and print parts

We told already that for test rockets and parts manufacturing we use 3D modeling KOMPAS-3D software by Russian ASCON company, as well as a 3D printer. Today we show by an example the way such rapid prototyping works.

One of our test rocket parts (see the detailed description of the "flying testbed") is a rocker. This part connects the metal axis of a rudder servo to a grid fin. Thanks to it the servo turns the fin.

First, the rocker needs to be designed in KOMPAS-3D software. 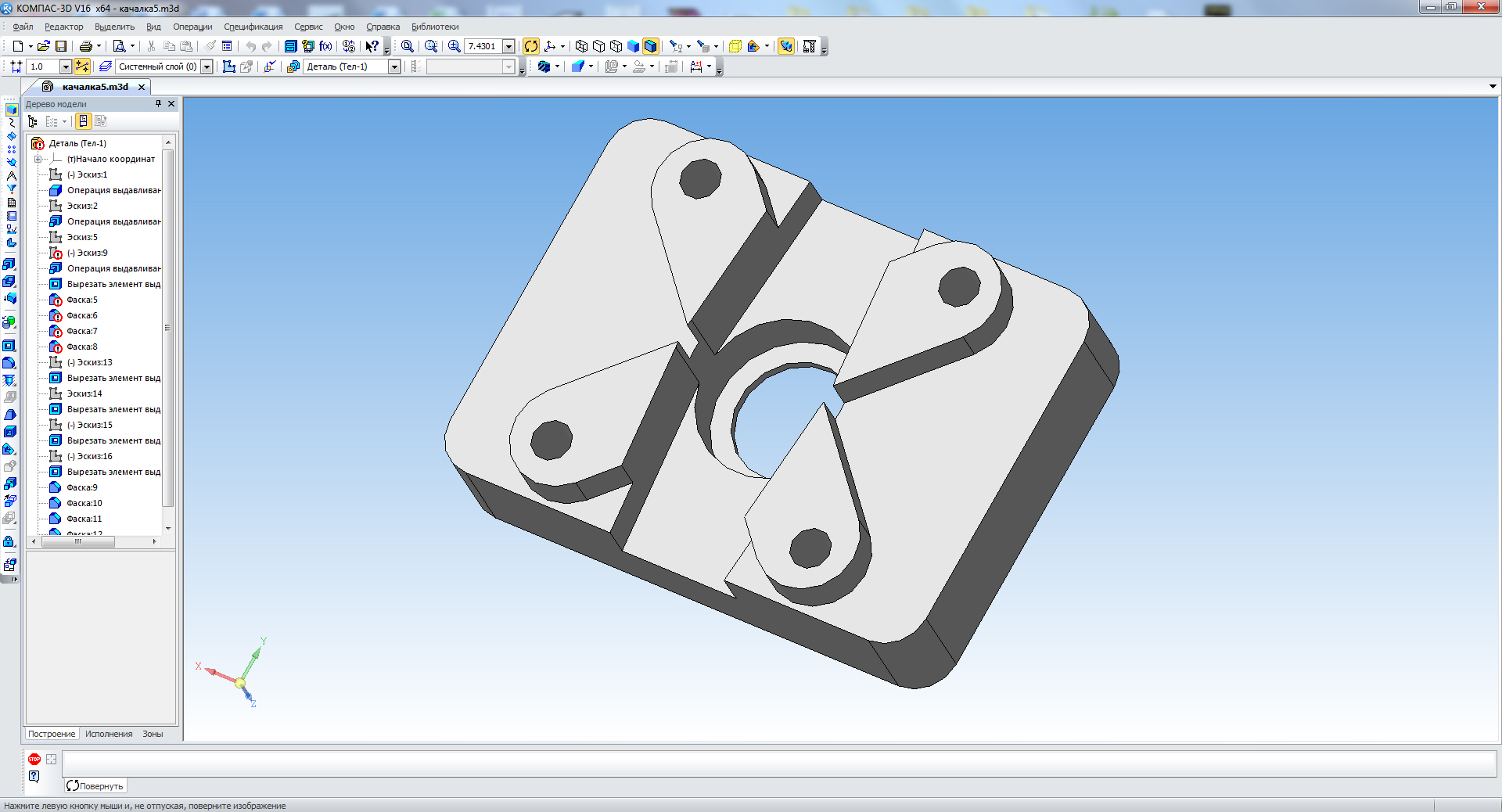 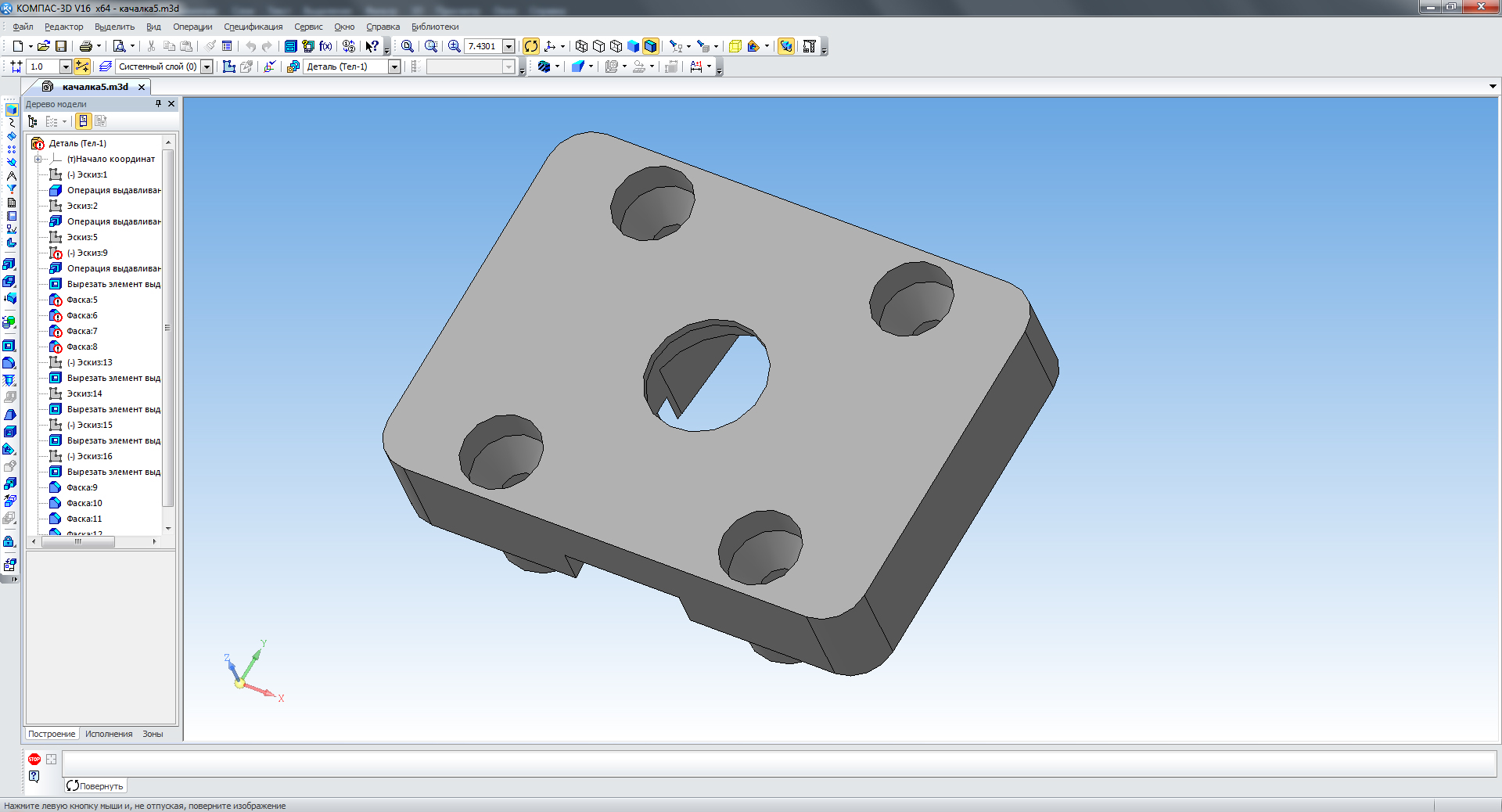 Depending on the part complexity the creation of a 3D model with the software may take between half an hour and one day.

For printing, an M3D model is converted into STL and copied to a memory card. Ultimaker 2 Extended 3D printer doesn't have direct link to PC (according to the vendor, this makes its operation more stable, eliminates the impact of "freezes" of the PC etc.) Then the SD card is inserted into the printer and used for printing.

This is how the process looks:

Various technical details are relevant for quality 3D printing: printing temperature, ambient temperature, kind of plastic (we use silver PLA by Rec company from Russia), printing speed etc. Small identical parts are usually printed together (see the picture below). A base is usually printed first - a thin layer of plastic, slightly larger than the part(s) to be printed. It sticks to the substrate due to its large surface, and therefore doesn't move during the printing, then parts are created on the base. 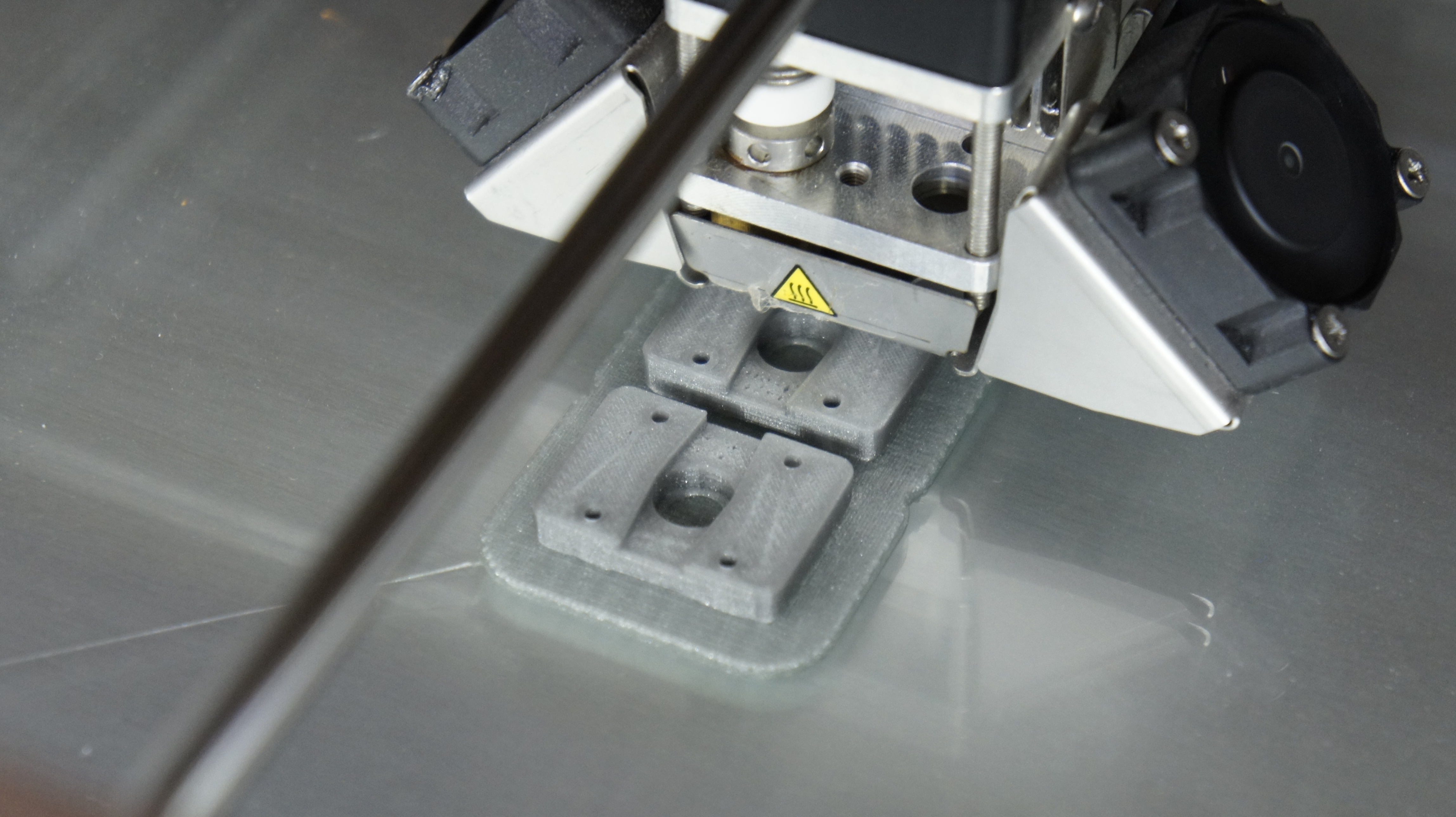 Printing process takes between hours and days for complex and large parts. In the case described here we printed two rockers at once within two hours. The result looks like this:

The rocker is then inserted into a grid fin. 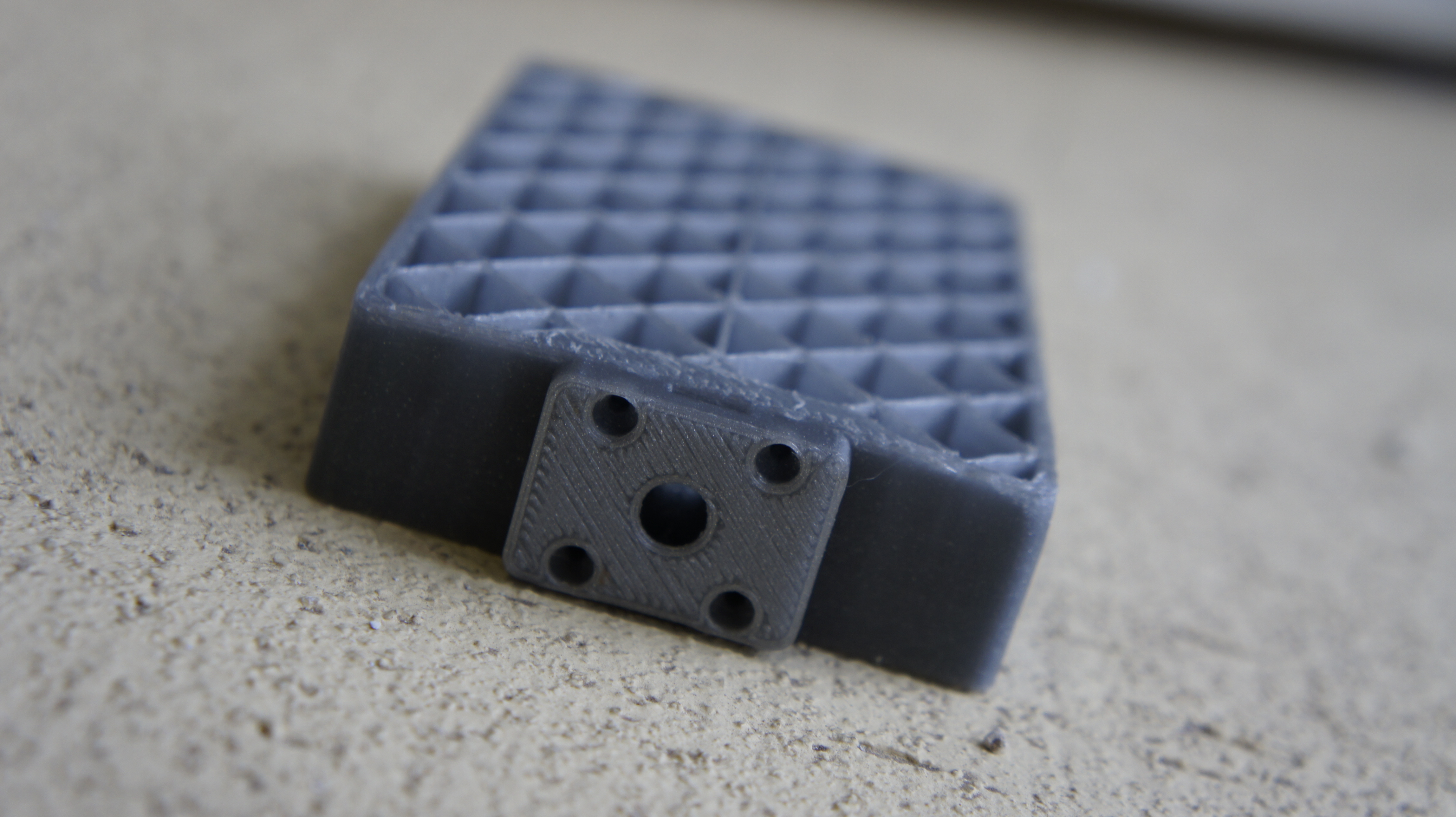 As for the expenses, the cost of plastic used to print one rocker (including base) is 16 rubles, and to print a grid fin — about 100 rubles. Prices for commercial 3D printing are about 10 times higher (lead time is 3 days).

Thus, combining a 3D printer and modern design tools, like KOMPAS-3D for instance, helps to dramatically reduce the cost and accelerate the creation of rocket engineering prototypes.