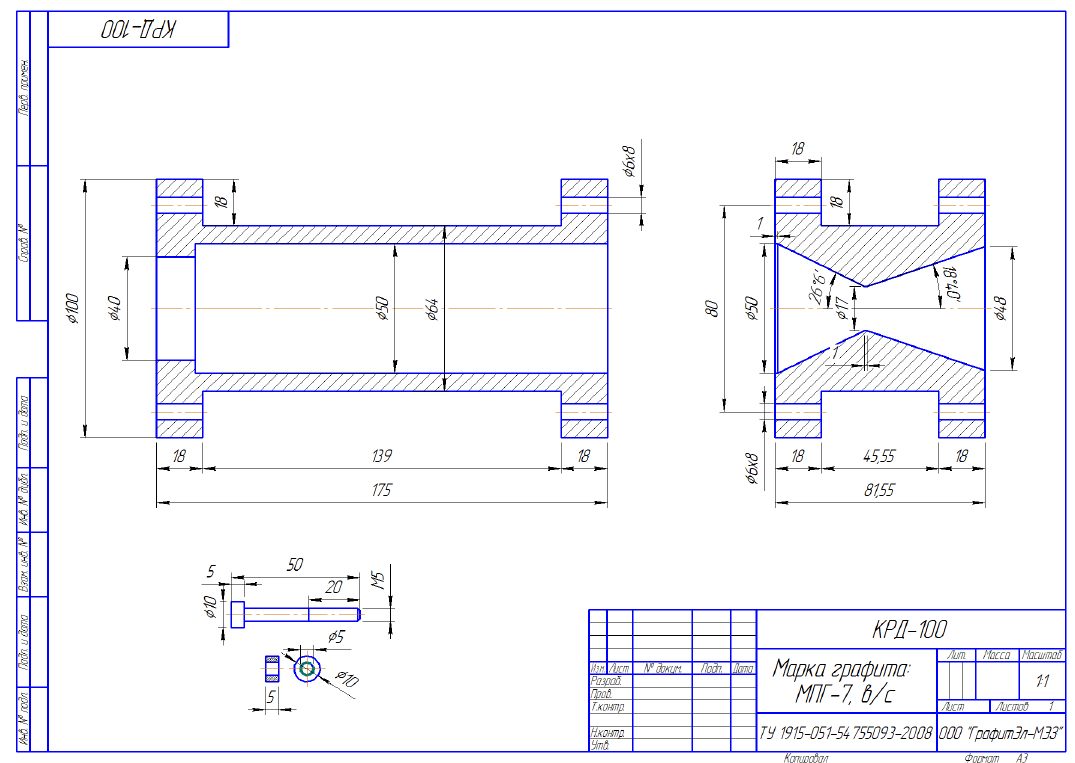 Two experimental liquid-propellant rocket engines with curtain cooling, having thrust of 100 kgf each, whose chambers are made of stainless steel, are being prepared for the ground testing. Currently the engines undergo hydrotests, which will be reported on our website.

To improve the engine efficiency and reduce the costs we plan to conduct a series of experiments with various materials. One of the options is the use of heat resistant reinforced carbon-carbon composites. However, they are quite expensive. Therefore, given that the specifications of our engine (temperature, chamber pressure) are quite modest, first we are going to consider the graphite option.

Graphite can withstand temparatures higher than stainless steel, so the graphite engine can do with one curtain layer instead of two, and possibly without curtain cooling at all. This will simplify the design and make it cheaper. The main drawbacks of graphite as compared to steel are oxidation, ablation of the material and low strength. However, the combustion chamber pressure is low (16 atm), and our calculations show that given the wall thickness of 7 mm, graphite can withstand it. The degree of ablation is to be determined during the ground tests.

As of today we have manufactured the chamber and nozzle, pictured below. 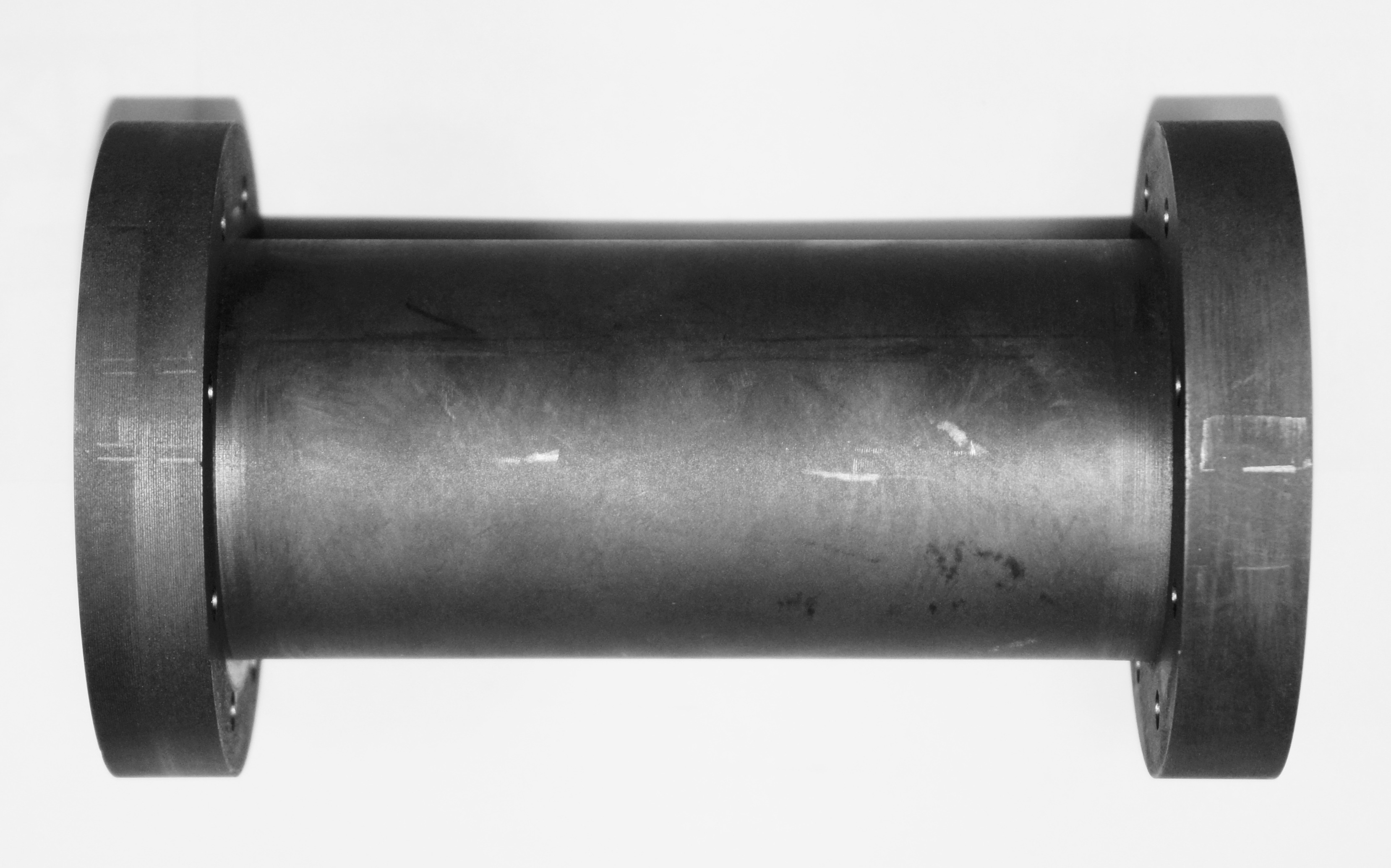 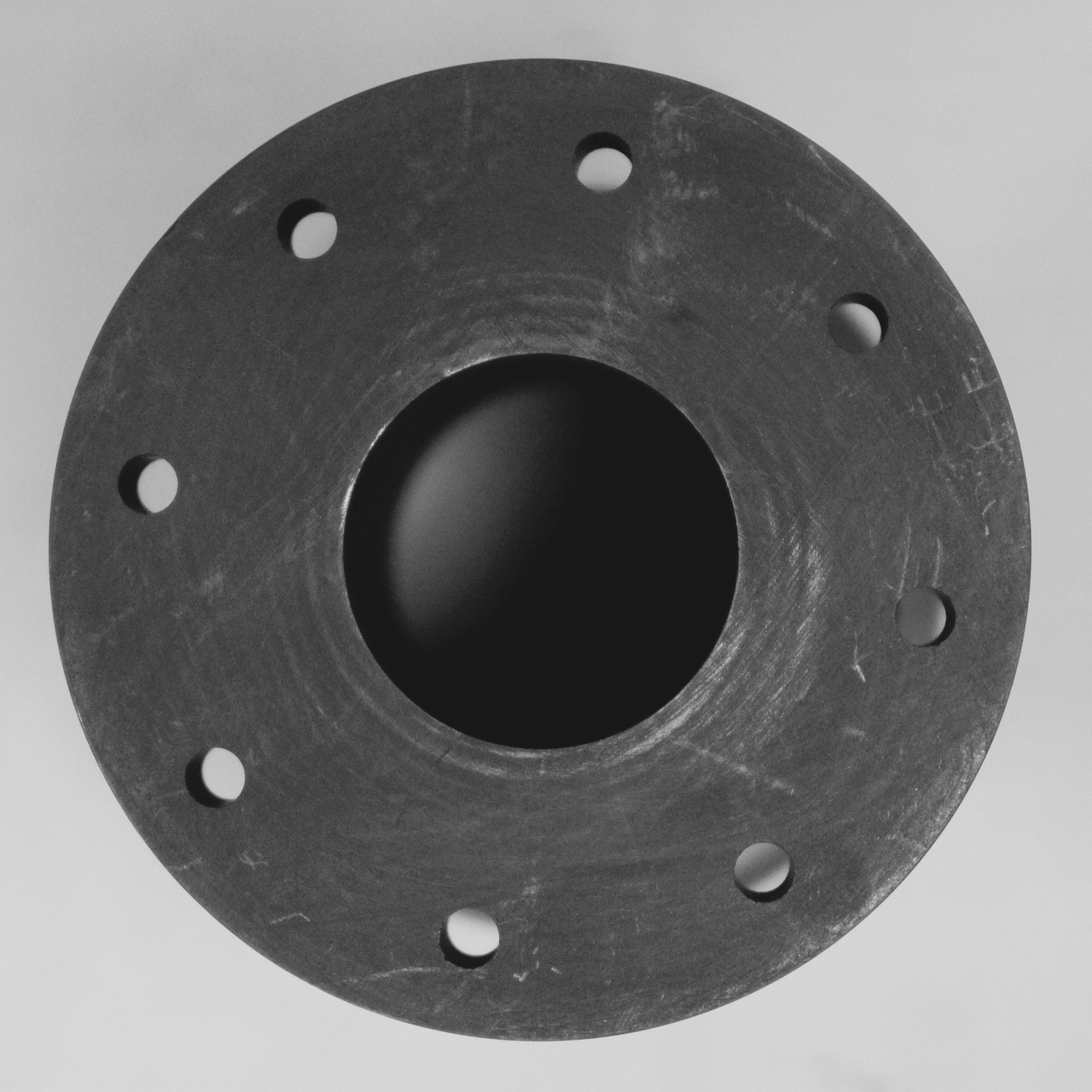 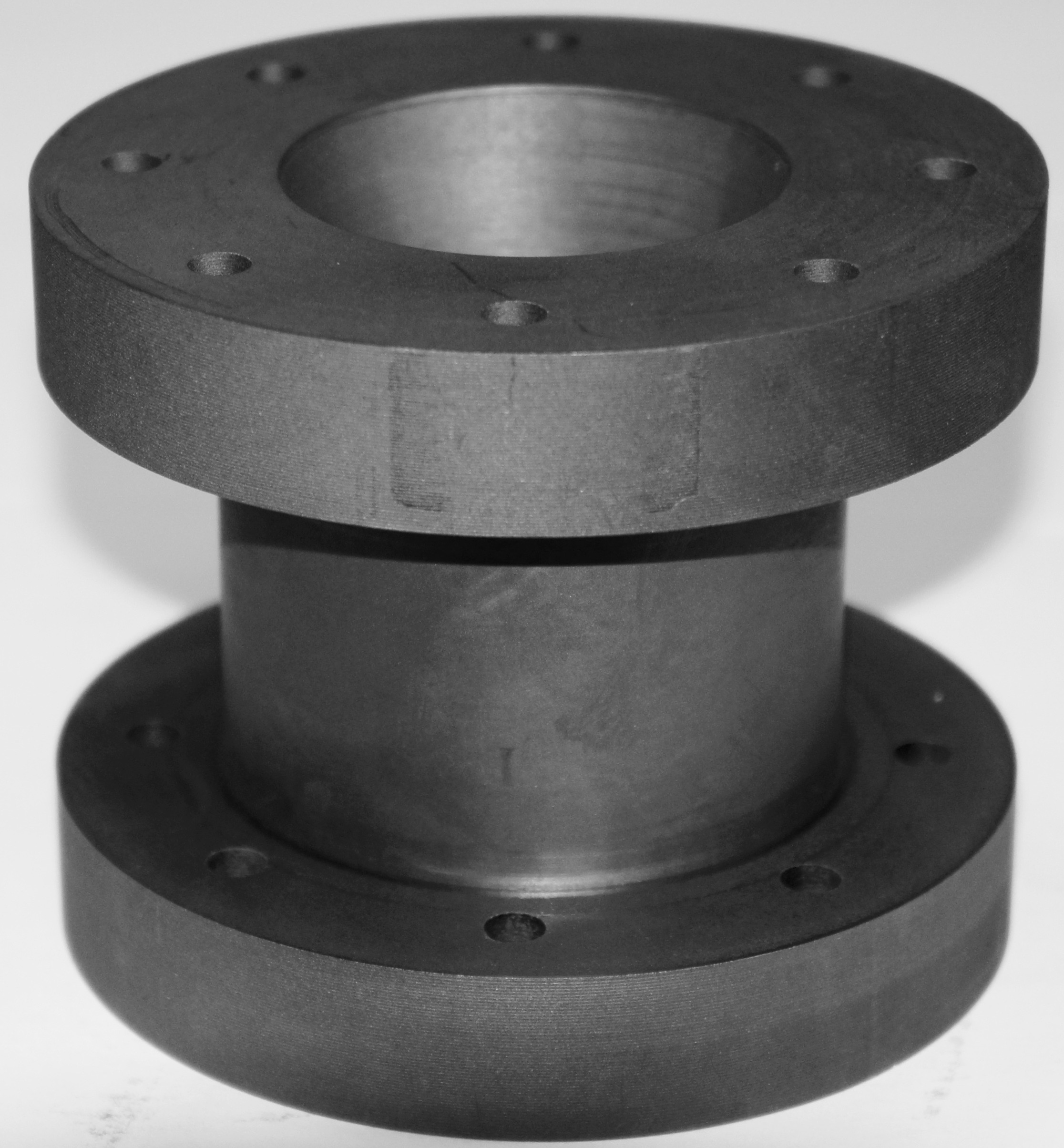 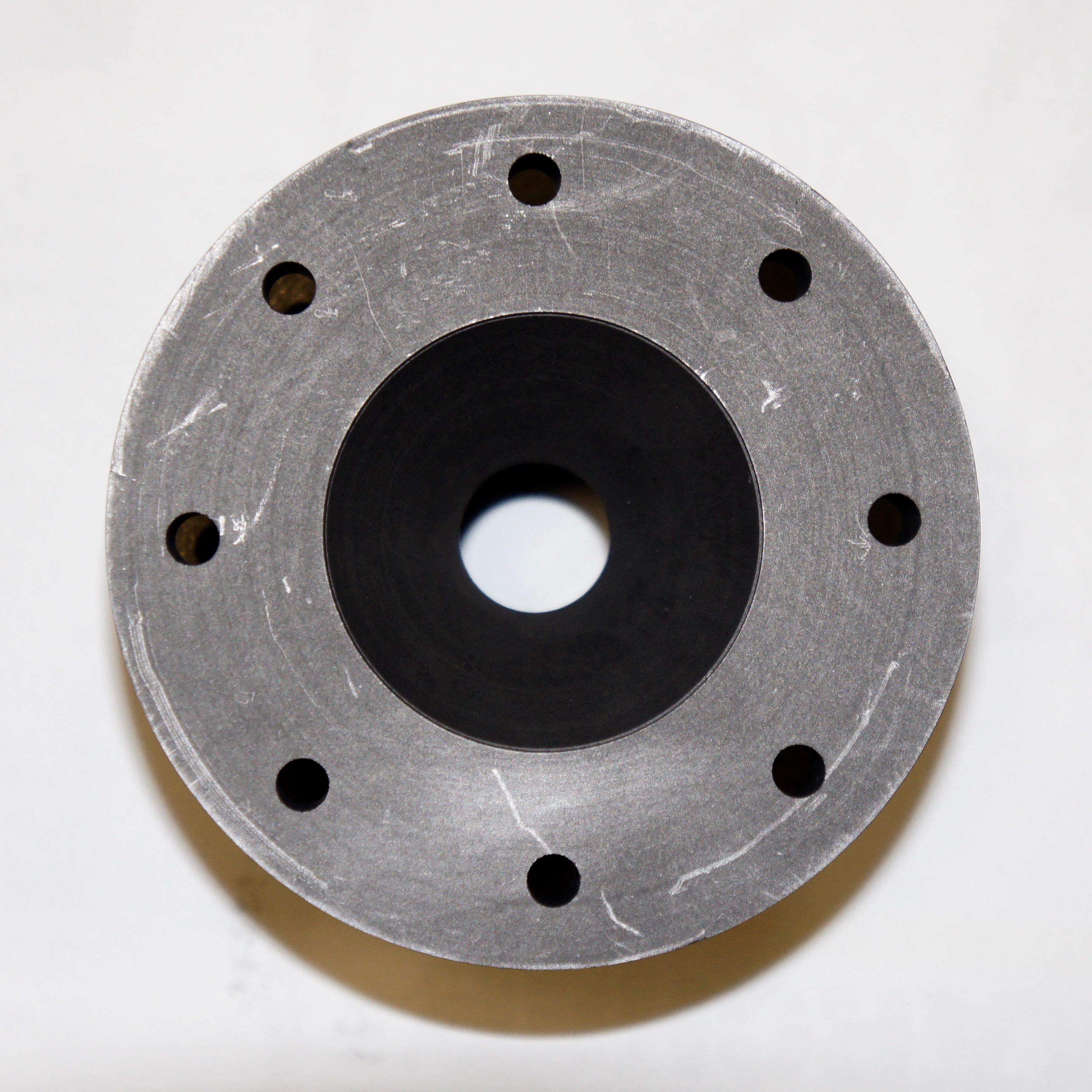 Nozzle section: view of the nozzle

Graphite is far from the first time used in rocket engineering. It is often used to make nozzles and nozzle inserts for solid rocket motors. However, it was used in liquid-propellant rocket engines as well. Here are some examples.

In OR-2, one of the early Soviet liquid-propellant rocket engines (tested in 1933), natural graphite protected the metallic chamber and nozzle of OR-2 from overheating. OR-2, having estimated thrust of 50 kgf, was powered by ethanol and liquid oxygen. During the first ground test the nozzle burned through, so the engine had to shut down a few seconds after the ignition.

Here is what Alexander Polyarny, one of the pioneers of rocket engineering in the USSR, wrote:

"To increase the burn time of OR-2 engine, studies on the use of heat resistant coating for nozzle and chamber have been conducted (corundum, magnesite, synthetic and natural graphite etc.) while improving the external cooling system. Curundum coating turned out to be adequate for chamber, though nozzle with this coating rapidly disintegrated.

By mid-August 1933, ground tests have shown that the best is the lining of natural graphite free of veins of other minerals. Engine, lined with such a graphite (Fig. 2), burned for 35–40 sec with slight erosion of the nozzle throat".

Vexin engine of the first French Diamant-A space launch vehicle (1965) with thrust of 33,000 kgf, powered by turpentine and nitric acid, had a graphite insert in its nozzle throat.

In 2011 Phoenicia, one of the teams competing for Google Lunar X PRIZE, tested a graphite engine with thrust of 75 kgf. It was designed to burn kerosene and liquid oxygen, but that ground test lasted 53 seconds and involved gaseous propane and oxygen.